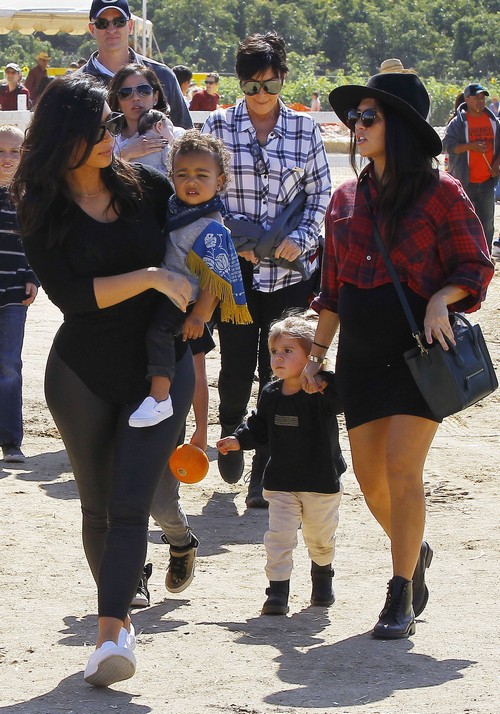 Just as I suspected, Khloe Kardashian and Kim Kardashian have started playing up their feud for the sake of ratings. More specifically, this Khloe Kardashian/Kim Kardashian feud will be featured heavily in the next season of Keeping Up With the Kardashians, but it won’t end there. According to reports [and many pieces of evidence], Kim is fully committing to hating on her sister, even resorting to passive aggressively dis-inviting Khloe to her birthday party at Tao this weekend.

See, Kim Kardashian is scheduled to have a huge blow-out birthday party for herself at Tao in Vegas for this weekend, and usually, her entire family tries to make an appearance. However, Khloe Kardashian might not attend, if the rumors are true. Khloe is reportedly sick of Kim Kardashian’s diva behavior, and she’s not talking to her right now. Some of it may be manufactured, but I actually believe that Khloe’s sick of Kim’s holier-than-thou attitude her constant media blitzes. As such, she’s making a stand by refusing to attend Kim Kardashian’s 34th birthday party, even if that means the entire media will sink into speculation mode – or maybe BECAUSE the media won’t concentrate on anything else. Suddenly, Kim’s birthday will no longer be about Kim’s birthday, but rather, Khloe’s glaring absence from the party. So in one fell swoop, Khloe will be delivering a private insult AND a public insult, and she’ll be taking attention away from Kim’s famewhoring tactics. A perfect way to get even, if you ask me.

What do you guys think? Will Kim and Khloe continue their feud? Will Kim retaliate? Let us know your thoughts in the comments below.

Khloe Kardahsian hits the gym with her BFF Malika Haqq in Beverly Hills, California on October 18, 2014. Khloe wore a shirt that said ‘I just wants some head in a comfortable bed.’ Maybe she’s revealing too much information? FameFlynet

Kim Kardashian, her husband Kanye West, and their daughter North along with Kris Jenner, a pregnant Kourtney Kardashian, and her kids Mason and Penelope have a family day at Underwood Family Farms in Moorpark, California on October 18, 2014.