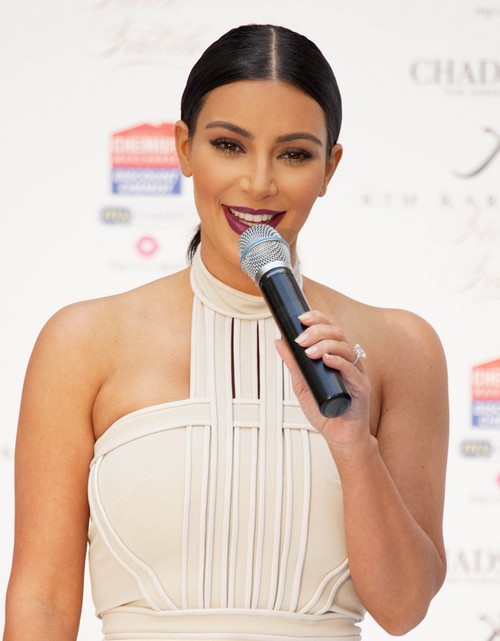 Loyal CDLers know that we have been following the trail leading to the divorce of unhappy couple Kim Kardashian and Kanye West. We told you that Kris was doing her due diligence and testing the waters to gauge how fans may react to another Kim K divorce, and the verdict is in. After Kim fessed up to Kris Jenner that she just couldn’t fake it any longer by continuing the façade that is her marriage to Kanye. She told Kris that she can barely tolerate being near Kanye and was hoping for Kris to give the “ok” for Kim to proceed with divorce plans. As CDL told you, Kim visited attorney Laura Wasser’s office recently for a secret meeting.

Now, however, Kim has been told she is going to have to hold out a little longer because she cannot risk hurting her career right now. Radar Online shared that Kris has drawn a line in the sand and vetoed any plan for a divorce or separation between Kim and Kanye. She told Kim to suck it up and deal with Kanye for now because her career is on fire. Kris told Kim that her career “won’t survive another divorce.”  Kris reminded Kim that she is also a mother now, so that changes the way the public would perceive Kim filing for divorce. Kris shared her own personal struggle, reminding Kim of how long she had to stay with now-estranged hubby Bruce Jenner, despite wanting out for years.

Kris Jenner reminded Kim Kardashian of the backlash she received after divorcing Kris Humphries after just 72 days of marriage. Once again, Kim had an over-the-top ceremony when she married third hubby Kanye West, so to divorce again so soon after tying the knot would be a public relations disaster and Kris is not up for the challenge. She is also concerned about how a custody battle over the couple’s daughter, North West, would play out. Kim doesn’t like to hear the word “no” when she wants something, so we’ll see how long she will hold out until she and Kris butt heads again.

Tell us what you think about Kris calling the shots in Kim’s love life.