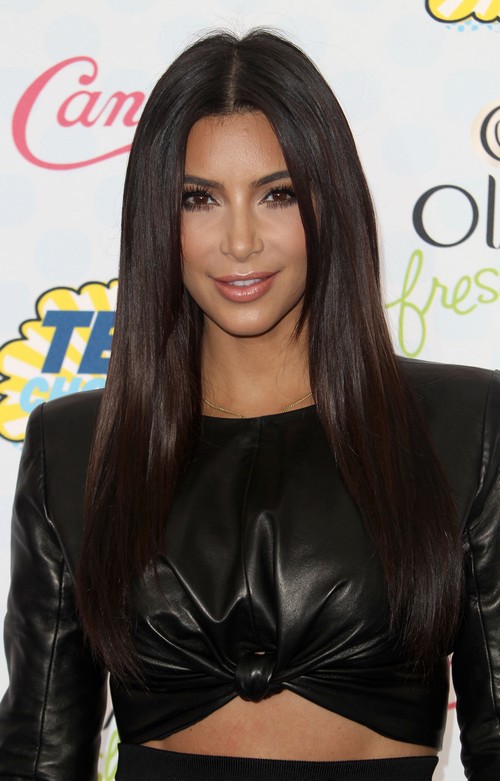 A recent episode of Keeping Up with the Kardashians revealed another baby may be in the works based on a conversation Kim Kardashian had with her grandmother. Yet, tabloids have had a field day reporting that strife from Kanye Wests’s traveling and Kim’s neglect of North West have left both Kim and husband Kanye West upset with one another and ready to throw in the towel. And just when the divorce rumors begin to become even more rampant, Kim starts posting selfies with Kanye sleeping behind her in bed. It is hard to know exactly where these to stand, but now we can finally break down the confusion so that our CDLers are always in the know. (We know how you love that!)

Let’s start from the beginning. It has been well known for some time that Kim was never physically attracted to Kanye. She doesn’t like his style, his body, or the way he dresses. She has always liked the athletic type. However, he pursued her at a time when she was vulnerable after her breakup with the love of her life Reggie Bush. Kanye showered her with attention and expensive gifts. More importantly, Kanye fed her a vision of their potential future if she gave him a chance. Kanye is great at swaying a vote or getting someone to change their mind. He plants a vision in their head and they begin to believe in his vision as much as he does.

The problem, however, is once Kanye knew he won Kim over, he checked out. Remember how he ditched her while she was pregnant? The only thing now that keeps Kanye going is Kim’s popularity. Kanye gets annoyed with Kim because she doesn’t understand his creativity and he feels she doesn’t fully support him in a genuine way. He also feels like she doesn’t put enough effort into being a mom. He loves, however, knowing how popular his wife is because that boosts his ego, knowing he ended up with the girl so many men desire. Think of his song “I Won” where he sings of Kim, “A trophy. I won me a trophy.” Likely Kanye was the boy in school who never got the girl. Now, he wants bragging rights, and as long as Kim can stand him, he’ll be able to claim her as his own.

Tabloids recently reported how sad Kim was that Kanye was gone so soon after they married. CDL knows Kim is not saddened by Kanye’s absence…she is upset about how it makes her look that Kanye could care less about being with her after their wedding. She is so consumed with putting on a front that they are a happy couple, that she’s resorted to posting selfies to prove it. Kim recently posed with Kanye sleeping behind her. If the newlyweds were that into one another…I doubt she’d be up all alone and he’d be happily sleeping. Kim is also taking this time to bask in the glory of flaunting her “wedded bliss” for all to see as she knows it must irk frenemy Beyonce who, if reports are correct, may be soon divorcing husband Jay-Z after a series of reports of cheating have come to light.

Kim is obsessed that Reggie still checks in to see what she is up to and she is determined to make it seem she has happily moved on. When Reggie married the mother of his child recently, Kim felt dead inside. Upset that once again she allowed the excitement of an engagement snowball into another marriage that she never truly wanted. She settled for Kanye—originally fine with it since he lavished so much attention on her, but later realizing that she once again, married the wrong man.

Kim felt even more obligated and trapped this time, feeling she had no choice but to go on with the wedding because of her child with Kanye, North. It burns Kim up to see that Reggie married and had a baby with another woman who looked so much like her. She knew that meant that Reggie broke up with her because he didn’t like the person she was. So, all the things he didn’t like—the paparazzi, the constant cameras, the over-the-top lifestyle—Kim is flaunting as the things that keep her happiest now. She wants to seem fine, but she’s not. Kanye will never be the love of her life. He simply fit the bill at the time.

So why all the baby talk? It’s more than just the façade of being the happy couple. Kim actually does want another baby with Kanye, but not because of her undying love for the man. Kim is hoping that another baby will help her fall in love with Kanye since at this point, she desperately wishes she was with someone she truly loves and is attracted to. Because she is just not that into him, she rarely gets jealous of him being with other women because she feels like he is lucky to be with her. There was one time in their relationship, however, that she did feel like Kanye had the upper hand… when she was pregnant. The only time Kim felt self-conscious about herself was when she was pregnant. She felt like Kanye must have wanted every other woman other than her because she felt so undesirable at the time, not her sexy self. She finally felt like she was lucky to be with Kanye and needed to actually put some work into hanging on to him. Kim now feels like if she gets pregnant again, she will spark those feelings again, causing her to feel she has to work for Kanye, instead of the feeling she has now which is that she can take him or leave him. Though she always intended to have more than one child, and would prefer them to have the same father, the real desire to become pregnant again now is to hopefully reignite the spark she had just once with Kanye.

Deep down, Kim would love to divorce and be done with Kanye, but she feels stuck and figures that she might as well make the best of it and take the relationship for what she can. Hopeful she can feel attracted to Kanye again, she will even take on another pregnancy now. I mean, she has not even bonded with daughter North, 1, yet and she is already talking about having her second. From the awkward way she looks holding North, to constantly leaving her with nannies, including on family outings with sister Kourtney Kardashian and her two children.

Her new book says it all. Kim is selfish and loves herself way more than she could ever love a child. This distance and selfishness are nothing new to Kim. She grew up with mom Kris Jenner who was completely detached from her kids, often times choosing partying and cheating on Robert Kardashian over time with her young ones, many times leaving them with their father while she went out with her girlfriends. You know what they say…the apple doesn’t fall far from the trashy tree. Okay…we added the “trashy” part, but weren’t you thinking it, anyway?

So, there you have it. Kim and Kanye will remain married for now. It is easier and wiser for her right now to just stick it out, she believes. They are trying for another baby as Kanye loves children and wants more, and Kim is hoping to find one spark of attraction towards Kanye so she won’t be so miserable every day. Still, Kim is nauseated by Kanye, but deals with him, and is still very much in love with ex Reggie Bush. At least she might be able to trade her nauseous feelings for Kanye, to morning sickness if she gets pregnant.

Your time to weigh in now, CDLers. Are you with us on this one?

A few photos of Kim with Kendall and Kylie at Teen Choice Awards – notice how much prettier Kim is than Kendall and especially Kylie. One thing you can’t take away from Kim is her beauty!