Kim Kardashian Agreed To HAVE A Child, Not To Mother It – Poor North West Continues Being IgNori! (PHOTOS) 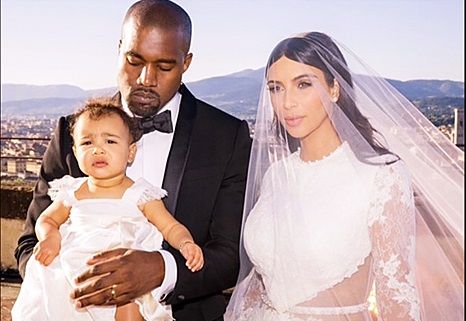 Kim Kardashian’s relationship with North West has been the talk of the town as of late, primarily because people think that she’s, well, ignoring her baby girl to some extent. Compared to other celebrity mothers, for example Kate Middleton, who frequently brings Prince George along for the ride, Kim would much rather leave North at home while she and Kanye West jet-set around the globe.

The immoral fairy godmother blessed Kim with the parental skills of an amoeba. She married Kanye West at a lavish ceremony fit for a king, but her glass slippers broke and Bruce Jenner ate her pumpkin. Her child is a compass, her mother is a slap-bat demon with golden fangs, and her sisters belong to an extinct tribe. The wedding photos were taken by Ike Turner at a wax museum in hell, but the Kardashians don’t have souls so hell doesn’t really exist for them.

A miserable North West appears in one of the photos, but the photo is weird because Kim looks like Mia Farrow post-Woody Allen and Kanye seems to have a bad case of Narcolepsy.

Across the pond lives a real princess with a real prince in a real castle with a real prince baby. Kate Middleton married Prince William in a lavish ceremony fit for a future king, but her glass slippers turned into diamonds and Camilla Parker-Bowles ate a plastic pumpkin. Her child is Prince George of Cambridge, her mother is super rich, and her sister is super cool.

An extremely happy George of Cambridge appears in one of the photos, but the photo is weird because Kate Middleton’s beauty makes people cry and Prince William seems happier than a violin.

Kim had a baby because it looked cool at the time, but then she realized that Kris Jenner was her role model and Bruce Jenner was her Botox model, so she decided to wear her Compass Child like a fashion accessory. Kanye loves the Compass and Kim, but he can’t love Kim too much because he is the rudest person in the history of the universe and he doesn’t want Taylor Swift to write a song about it.

Kate had a baby because she wanted to be a parent, but then she realized that the Queen was her role model and Prince William was her inspiration, so she decided to love Prince George more than love itself. Prince William loves George and Kate, but he can’t love Kate too much because he already loves her to the point of no return and he doesn’t want Taylor Swift to write a song about it. 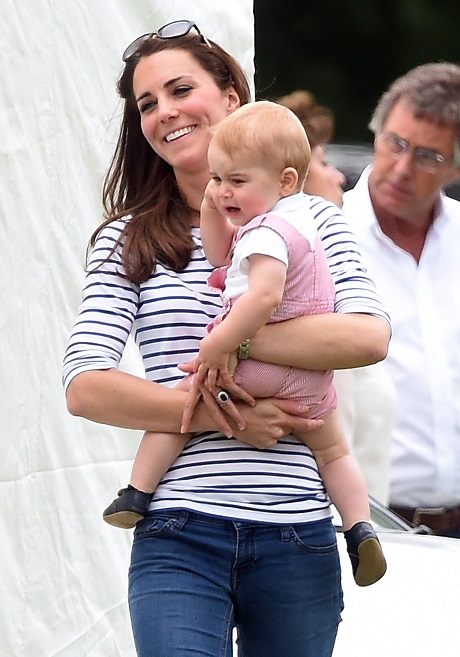