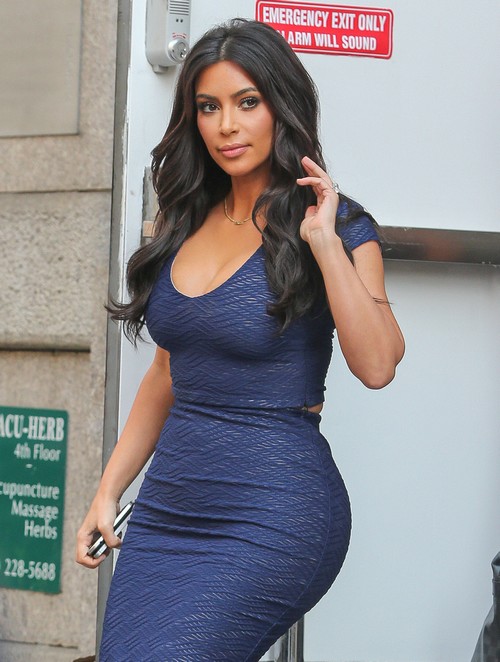 Remember that ridiculous home renovation that has kept Kim Kardashian and Kanye West from living under the same roof? He insisted on taking a brand spanking new home a gutting it in order to build it to spec while she stayed with her mother and he continued to live in his bachelor pad. Well now that the house is finally ready to live in the couple has instead decided to sell it! They are trying to make it sound like flipping houses is going to be a new side business for them but the truth is they are never going to be under the same roof.

According to MTO, Kanye has decided that he wants to live in Paris, full time. When Kim discussed going with them he insisted that she and Nori should stay in L.A. With her mother Kris Jenner! Of course Kimmie can visit him at any time but she probably better call first so he can clear out the slew of side chicks and Kanye’s boyfriend, Riccardo Tisci, who will be visiting for sleepovers. Kim is said to be beyond upset by this new and abrupt change of plans. She actually was looking forward to living with her husband and is stunned to realize that Kanye isn’t on the same page.

Sources say that this marriage is doomed and I think most of us have thought that from the start too. Is there any chance that they will manage to have a successful and happy marriage? Will marriage number three end up being the worst one of all for Kim? Tell us your thoughts in the comments below!

Reality stars Kim, Kourtney and Khloe Kardashian are spotted out and about in New York City, New York on July 7, 2014. The trio was joined by Kim’s BFF Jonathan Cheban. The Kardashian family spent the holiday weekend filming their show in The Hamptons – minus Kanye West.