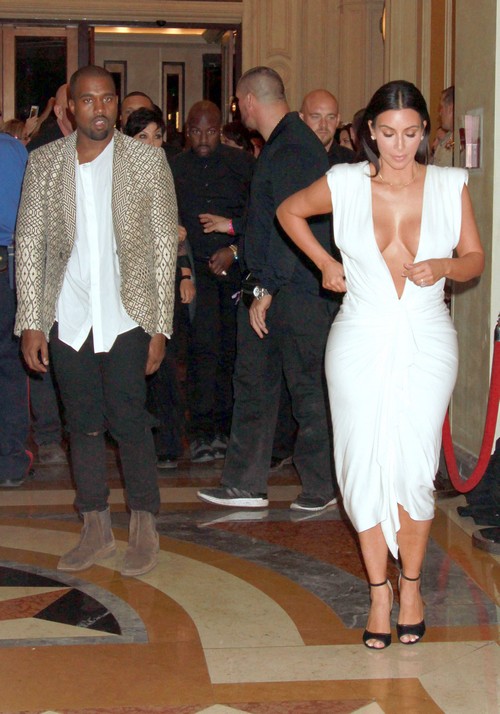 Now, it’s very possible that Kim and Khloe could be playing up their feud for the sake of their reality show. In fact, there were reports leaked earlier last week about how Kim and Khloe were shooting scenes about their ‘feud’, i.e. probably some trumped up arguments dramatized for the sake of Keeping Up With the Kardashians. However, even if they’re playing up their feud more than necessary, there’s no denying that something is going on between the sisters.

Take Khloe Kardashian’s birthday tweet to Kim Kardashian, for example. She wrote, “Happy birthday sister!!!! My bestie, my confidante, the keeper of my secrets (well only of I threaten your life.) the sharer of my world. You have become an amazing woman. I couldn’t be prouder or more inspired. Enjoy your birthday KiKi! I love you like a fat kid loves cake! @kimkardashian.”

Right. Well, apart from being unnecessarily convoluted, it’s actually quite passive aggressively gushy and cryptic, no? I feel like Khloe is both professing her love for Kim, but at the same time reminding her that she knows all her secrets and can reveal them at any time. Not quite the birthday tweet I would expect from my sister…

What do you guys think? Are Kim Kardashian and Khloe Kardashian fighting for real, or is it all just a made up ruse to increase publicity for the show? Will Khloe show up at Kim’s birthday party in Las Vegas after all? Let us know your thoughts in the comments below.

Kim can’t seem to get along with anyone these days – check out her fight with Kanye West when they took Nori to the Pumpkin Patch last weekend. Kanye lost it when he realized that Kris Jenner called the paps to film what was meant to be a family outing – naturally the bully took it out on Kim.  Kanye was still sulking on his movie date with Kim later that weekend. FameFlynet

Kim Kardashian arrives at TAO Nightclub at the Venetian on October 24, 2014 in Las Vegas, Nevada.