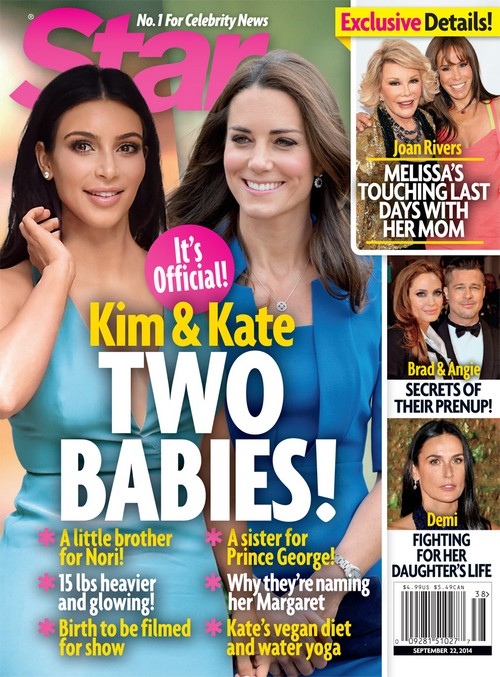 Is Kim Kardashian pregnant with baby number two? The Keeping Up With The Kardashians star has mentioned multiple times that she wants a second child pregnancy on her family’s reality TV series that she and Kanye West are trying to get pregnant again. She told her step-father Bruce that she just wanted to hurry up and get married so that she and Kanye could start making more babies, and when giving her grandmother a tour of the mansion she and Kanye are renovating, she revealed that she already has a second nursery room.

Multiple sources are reporting that Kim Kardashian is indeed pregnant with baby number two. According to the September 22nd edition of Star Magazine, the signs are all there. Kim has suddenly stopped talking to her friends and family about trying for another baby, which is strange because that was all she talked about up until a few weeks ago. She is rocking the same pregnancy glow she sported when she was pregnant with baby North, and she recently began gaining weight rapidly, just like her first pregnancy. Also, Kim has begun dropping off the map and not doing appearances, nor has she been spotted out and about as frequently as usual. 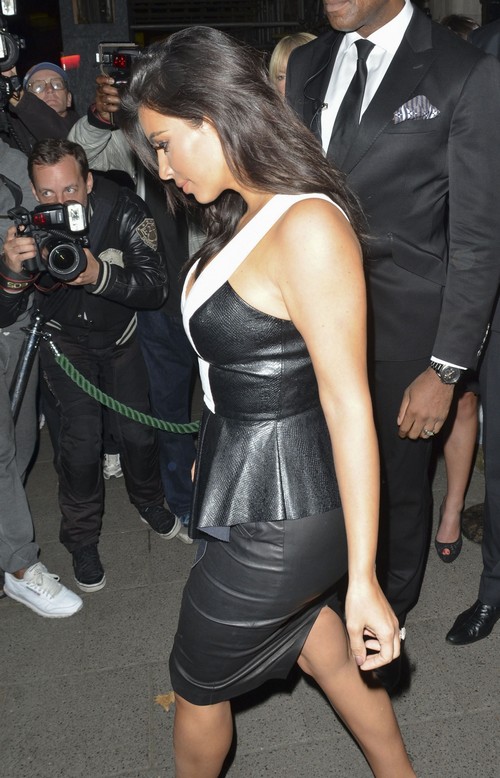 So, when will Kim and Kanye make the announcement? Well, probably not for a while since the palace just announced Kate Middleton is pregnant with baby number two on September 8th. Kim and Kate were both pregnant with North and George at the same time, and the media was constantly comparing the two mothers-to-be and their pregnancy milestones. At the time Kim loved the fact that she was sharing tabloid covers with the Duchess. But, since George and North were born, Kim and Kanye’s egos have literally tripled in size. Rumor has it Kanye had an elaborate pregnancy announcement planned, but has since called it off since the palace’s announcement about Kate. The last thing Kim and Kanye want is for Kate’s pregnancy to overshadow theirs.

According to sources, Kim Kardashian is still fuming over the fact that Angelina Jolie and Brad Pitt married on the same weekend that E! aired Kim and Kanye’s wedding, because of the Jolie-Pitt wedding the special KUWTK episode didn’t get half the buzz it was expected to. And, to top it off Kim thought her custom wedding dress was going down in history, and we all know it didn’t hold a candle to Angelina’s. Now, Kim and Kanye were about to make a huge pregnancy announcement, and literally less than a week before the scheduled announcement, Kate Middleton beat her to the punch and announced that she is pregnant.

Oh how the mighty have fallen, it seems like Kim Kardashian and Kanye West are miserable now that they are no longer the talk of the town. What kind of insane shenanigans do you think they will pull to try and announce their pregnancy and make it bigger news than Kate Middleton’s pregnancy? How funny is it that Kim Kardashian’s wedding and now second pregnancy have basically been hijacked by other celebrities? Let us know what you think in the comments below.