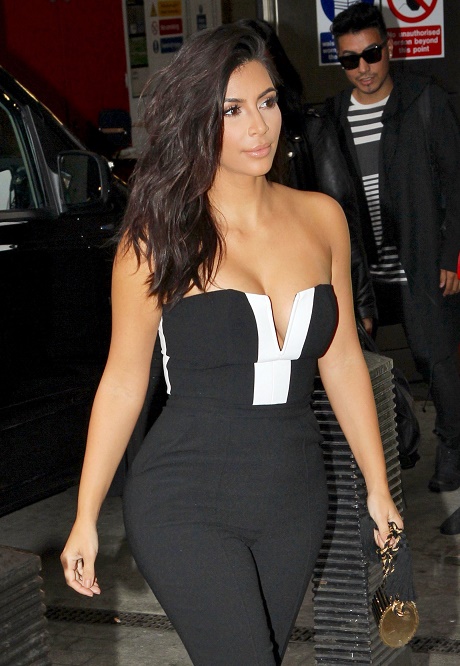 Kim Kardashian wishes she could be Kate Middleton. No seriously, Kim wishes that she could be half as popular and influential as Kate is, even without trying. But Kim is a D-list reality star that became famous off a sex tape [and through her marriage to Kanye West], and Kate is the wife of the future king of England.

However, one thing they do have in common is that they’re both pregnant – supposedly. We know Kate is pregnant, thanks to an official confirmation from Clarence House earlier this week. And according to a new cover issue from Star Magazine, Kim is also pregnant, ostensibly in an effort to match Kate.

It’s rather coincidental that they both seem to get pregnant and have children around the same time, no? If I didn’t know any better, I’d say that Kim was planning it that way.

Anyway, Star’s source gives details on Kim’s second baby, explaining, “Kim is freaking out about her weight on Twitter because she isn’t ready to tell anyone she’s pregnant. Kim wants a boy, so Nori can have a brother and she knows how badly Kanye wants a son.”

Riiiight. Let me rephrase that for all of you. ‘Kim is freaking out about her weight because she doesn’t want the media making fun of her again. She wants a boy because Kanye West will dump her if she doesn’t give him a son soon. Also, she wants to steal Kate Middleton’s thunder’.

There, that’s better – and more accurate. Kim probably can’t stand the thought that someone else’s pregnancy is getting so much spotlight, especially while she gets relegated to the background. It shows you how delusional she is, that she thinks that her own pregnancy could merit as much focus as the next royal baby.