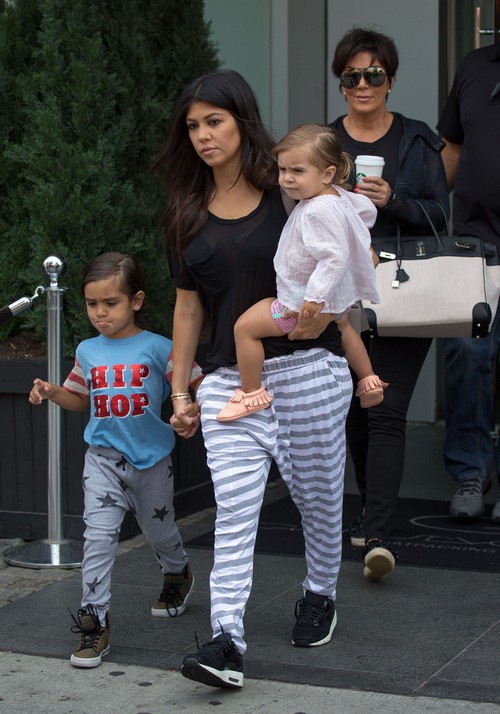 Former Bachelor star Ben Flajnik got everything he wanted from Kris Jenner, so he’s now dumped her and moved to someone far more age-appropriate.

Ben and Kris are still in touch, as evidenced by their selfie a few days ago, but Ben clearly wants everyone to know that he is NOT with Kris anymore. As such, he’s been making it clear that he has a new girlfriend, a 25-year-old college educated Stephanie Winn. He even revealed that he and Stephanie moved in together, in case there was any doubt about him still having feelings for Kris.

What a difference one year makes, no? This same time last year, Ben was shacking up with Kris at a mansion in Mexico. They were spending every waking minute together, and being photographed almost every other day. But hey, I guess Ben’s long-term plan worked, since he’s still famous but no longer with Kris.

Regardless, sources had made it very clear last year that Ben wasn’t interested in ‘dating’ Kris. Apparently, he was only interested in a fling, but he wasn’t willing to take it any further. He obviously just wanted his fifteen minutes in the spotlight, but somehow managed to turn that into more than fifteen minutes. That’s what happens when you make a deal with the Kardashians.

Of course, the real focus here is on whether Kris is insulted that her ex-paramour has found love so quickly. I’m guessing no, because Kris has her pick of boy toys thanks to her fame and her money. In Hollywood, those are really the only two things you need to attract the famewhores and gold diggers.