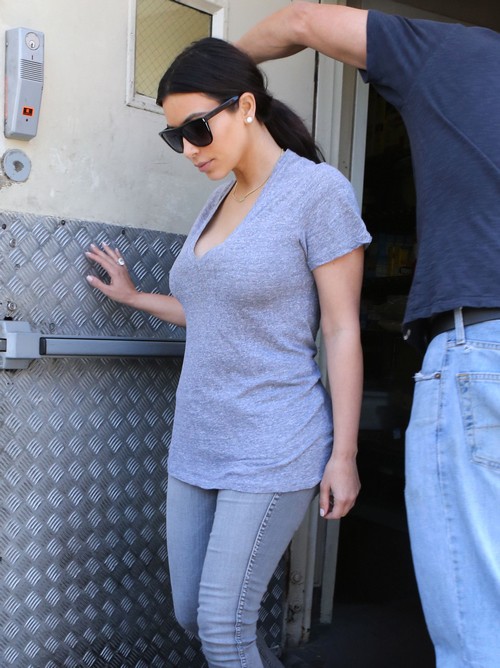 Kris Jenner and the Kardashians continue to stay delusional, especially regarding their place in the world. By now, it’s clear that they think they’re some sort of A-list celebrities, and when it comes to the paparazzi, they might be treated that way. But we don’t need to look further than Kim Kardashian‘s list of wedding guests to see their real place in the world, alongside C-listers and D-listers.

A prime example of this is Beyonce and Jay-Z‘s absence at Kim’s wedding, despite their close friendship with Kanye West. Imagine – even though they’re so close to Kanye, they still refused to make an appearance at his wedding. And of course, Kim being the delusional reality star that she is, probably thinks that it’s because of Beyonce’s marital issues that she didn’t come, not because she wouldn’t be caught dead at Kim Kardashian’s wedding.

Kris Jenner even publicly addressed Beyonce’s and Jay-Z’s absence at the wedding, telling Kyle and Jackie O on their radio show, “I know they sent really nice wishes to Kanye and Kim. I just assumed they were working, so I didn’t hear anything other than that.”

Right, they were ‘working’. Yes, Beyonce and Jay-Z were working so hard that they couldn’t make a pit stop to Europe, even though they go on last-minute vacations all the time. See what I mean? Delusional! At least Kris tells herself that Beyonce and Jay-Z were working. Kim, on the other hand, was probably ecstatic when all the rumors about Beyonce’s and Jay-Z’s marital problems started leaking, because now she can claim that those rumors are the cause for Beyonce’s no-show at her wedding. Because ‘working’? Come on, who’s going to buy that? At least Kim can pretend to save face, even if it’s not based on the truth.