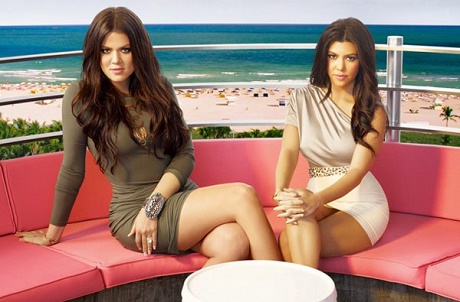 Kris Jenner doesn’t give a rat’s ass about Bruce Jenner, and that’s always been very, very obvious. She divorced the man and months later, she was already hooking up with a boy toy! Don’t believe me? A new promo clip from Kourtney & Khloe Take The Hamptons shows Kris hopping into bed with a very young-looking chef, and since this show was shot a while ago, we can assume that not much time had passed since her divorce to Bruce Jenner.

Then again, we’ve always known that Kris didn’t really have any romantic feelings for Bruce – at least, not recently. Even forgetting the matter of Bruce’s sex change, Kris is clearly trying to cougar her way through all of the young reality stars in Hollywood. Bruce stood in the way of that, so she made up a bunch of rumors about him and made it seem as though he was the one pulling the brakes on their marriage. In essence, she got herself a get-out-of-jail free card, and she began using it immediately after their ‘official’ divorce. Wouldn’t want to come across as a cheater now… desperate, famewhore, cougar, but not cheater.

Plus, she’s already had several brief flings with various different boy toys since her breakup with Bruce, even though they’re always quick and never last. The Bachelor‘s Ben Flajnik probably lasted the longest, but even he refused to publicly admit to dating Kris. Kris may be trying to relive her youth through all of these shenanigans with younger men, but she should get accustomed to the fact that they don’t want anything to do with her in the long run.