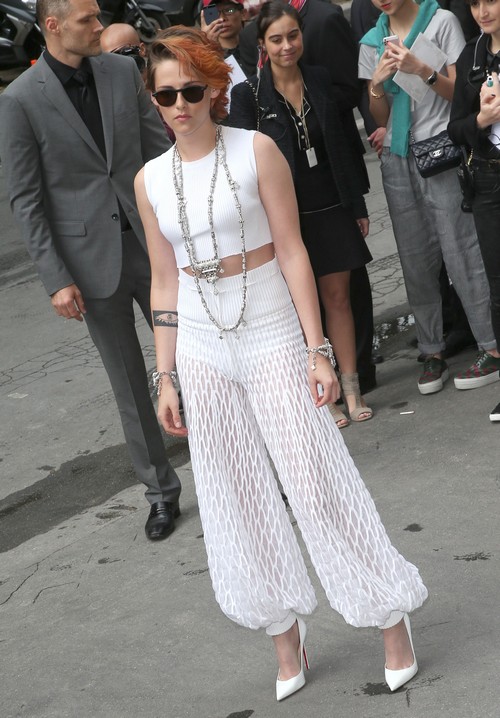 Need more proof that Robert Pattinson and Kristen Stewart are still in touch? How about them working for the same director on back-to-back projects? Kristen just wrapped Clouds of Sils Maria with Olivier Assayas, which got her some of the best reviews of her life. And now, Rob has signed on to do another film with Olivier called Idol’s Eye, which will also co-star Robert De Niro and Rachel Weisz.

We’ve reported in the past about how Rob’s and Kristen’s post-Twilight career strategies have been very similar, especially with their choices in independent cinema. They seem to be choosing projects based on the directors and actors involved, and they’re deliberately picking roles that don’t require them to headline the projects. That way, they get to stretch their acting muscles and build relationships with supporting parts, but they don’t have the financial burden on them to deliver.

It’s a solid strategy, although startling that they both decided go the same way. However, with Rob’s recent admission that he and Kristen are still in touch – plus all the rumors of their reunion – I can’t help but wonder if that’s on purpose. Perhaps they’re actually discussing their career choices with each other, which would explain why Rob signed on to work with Olivier Assayas immediately after Kristen worked with him. There’s simply no way that’s a coincidence, even if the former couple refuses to divulge any information about it.

Some reports are even claiming that Kristen campaigned for Rob to get the role, with sources telling Hollywood Life, “Kristen talked to Olivier non-stop about how committed Rob is as an actor and as a result he basically got the role in his pocket. Kristen knew how much he wanted to work with Bobby [Robert Deniro].”

Well, Rob got his wish and he apparently has Kristen to thank for it. Now, the real question is whether these two will ever go public with their reunion, or whether we’ll be left guessing for the next few years. They’re obviously still in touch and spending time together, and the reason that Rob still doesn’t have an official post-Kristen girlfriend is because he’s still hung up on Kristen. So really, the rumors of a reunion aren’t that off, especially since neither of them has found an ‘official’ rebound relationship since their breakup.