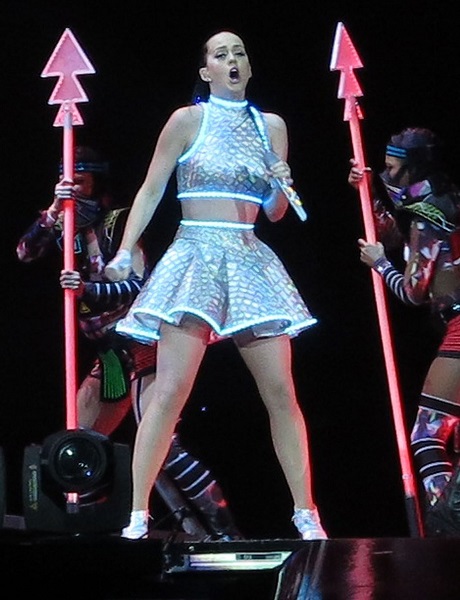 Kristen Stewart and Robert Pattinson have always had a complicated relationship, even before they started dating. Rumor is that Rob first took the Twilight job because he was obsessed with Kristen, which he’s more or less admitted in interviews. But since Kristen was in a relationship with another dude at the time, there was a whole bunch of complicated drama involving Rob, Kristen, and Kristen’s ex-BF. In the end, Twilight fan fiction won out, and Robsten was born.

Since then, Rob and Kristen have been on a roller coaster ride of a relationship, with breakups, reunions, and affairs, in addition to tabloid speculation and fan frenzy thrown into the mix. The last we heard from them was that they were still on speaking terms and they may or may not be hooking up. However, we’ve also been hearing that Rob and Katy Perry might have a thing going on.

So what’s the deal? Is Rob hooking up with Kristen or Katy – or both? Well, our sources tell us that Rob is indeed playing the field, and is ‘dating’ both Kristen and Katy. However, our source adds that the nature of Rob’s relationship with both women is vastly different. For example, Rob supposedly WANTS to date Katy, but she’s not interesting in going out with him – just hooking up with him. In contrast, Kristen desperately wants to get back together with Rob, but he’s not interesting in dating her again.

So, of course, that’s left Kristen feeling like the side piece in the relationship. She feels unloved and worthless, and she’s debating whether to break it off completely, but you know what they say – old habits die hard.

What do you guys think? Will Kristen and Rob ever manage to cut ties completely, and should Kristen continue seeing Rob even if he won’t date her? I mean, the guy does have his reputation to protect, so I can’t blame him for refusing to go public with their relationship again.