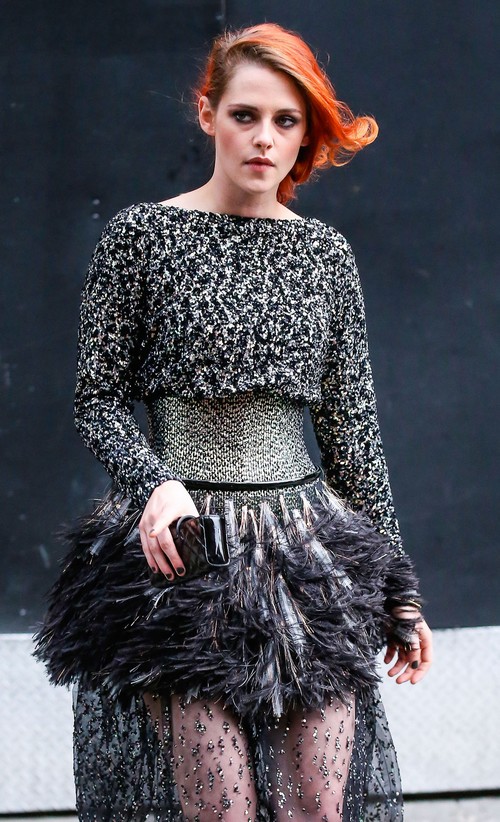 It’s been two whole years since #RobstenUnbroken started trending on Twitter, but rumors of Kristen Stewart‘s and Robert Pattinson‘s romance have continued to dominate the media. The ‘will they, won’t they’ question has plagued fans ever since the initial separation, and Robsten’s brief reunion last fall didn’t help matters. However, since then, Rob’s clearly tried his best to move on from Kristen, hooking up with a variety of different girls, despite the fact that he still hasn’t had a steady relationship since Kristen. Kristen, on the other hand, hasn’t even had that much luck in the romance department, although sources have stated that Kristen’s trying to win Rob back and doesn’t want to risk upsetting him by dating someone else.

Considering the fact that the former lovebirds are set to reunite at the 2014 Cannes film festival, rumors have been abounding that they’re on the verge of a reconciliation. But alas, Rob has already been linked to someone else, a model named Imogen Ker, and coincidentally, another one of Kristen’s friends. Putting aside the fact that Rob seems to exclusively hook up with Kristen’s friends, it’s also clear that he wants everyone to know that he’s over Kristen – including Kristen herself, perhaps?

If that’s the case, he shouldn’t worry. Sources tell us that Kristen has finally accepted the fact that Rob’s moved on, even though she still hasn’t given up on the idea of getting him back. Apparently, she’s accepted that time is the only thing that will give him perspective on their relationship, and she wants to give him the space to figure it out. But also, she’s reportedly planning to show him what he’s missing at Cannes. According to the rumors, Kristen’s planning on wowing Rob at Cannes with an amazing outfit, and she’s also hoping that seeing her again will get him to reconsider getting back together.

Will she succeed? Well, Twi-hards, we only have a few days left before we find out for good. After Cannes, I think the likelihood of them just happening to be in the same place again are very low, so it’s either this or nothing.