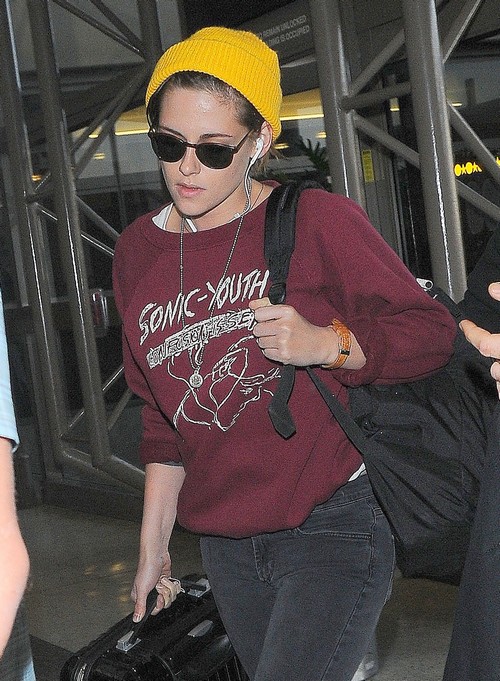 FKA Twigs and Robert Pattinson are dating now, and they’ve been fairly open about it. Kristen Stewart, however, hasn’t commented publicly (okay their was that nip slip) on her former Twilight boyfriend hooking-up with the relatively unknown entertainer. However, FKA Twigs has been getting a LOT of backlash from fans of Robert Pattinson and  Kristen Stewart, many of whom aren’t able to let go of their Robsten ideal. Now, some of these fans have been rude and racist to FKA on Twitter, and deserve to go rot in a ditch somewhere. However, many, MANY fans have also admitted that their dislike of FKA Twigs stems solely from her using Robert Pattinson for his career. If you look at the guy, all he’s been doing lately is following FKA Twigs around the country, making sure her concerts and albums sell out and generally being jobless. FKA Twigs is terrified that RPatz will go back to KStew as a reliable source close to the situation assures CDL.

Now, FKA Twigs told USA Today, “It’s weird, I know that’s not really because of me or what I’m doing. The positivity that I get from [my relationship] makes the more challenging aspects… very worth it.”

Well, FKA Twigs is fairly self-aware, which makes sense. I don’t think she could have gotten to where she is without that level of self-awareness, especially on a career scale. She knew what she wanted when she saw Rob, and she went after it. And now, she’s starting to become a household name, and Robsten fans are pissed off.

Again, I can’t blame them if they’re defending Rob from a potential gold digger, but there’s better ways to air their criticism than shout racist, trolling comments at FKA Twigs on Twitter. They never did that with any of Rob’s previous flings, and it’s not right that race is a component in anything in today’s day and age – especially when the sole reason for their displeasure is the lack of a Robsten reunion. I mean, come on guys – it’s not happening. Poor Kristen Stewart….

Don’t you agree? Let us know your thoughts in the comments below.