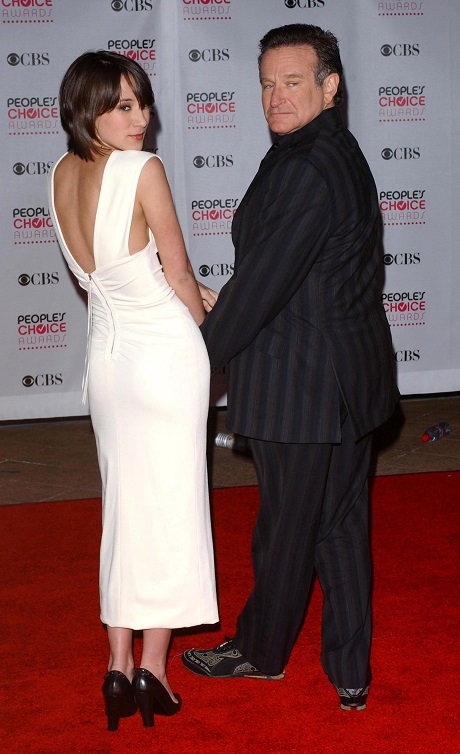 One of the only people in the world who knows what Zelda Rae Williams [Robin Williams‘ daughter] is going through is Frances Bean Cobain, the daughter of the late Kurt Cobain. Kurt committed suicide when Frances was just two years old, and Robin committed suicide when Zelda was 25, so obviously the situations have some differences to them. It’s not like Kurt and Frances had a chance to become close, although she’s had to live in his shadow for the past twenty years.

Zelda hasn’t had to live with that yet, although she might be forced to endure sympathetic glances from strangers every single time she mentions who she is, and I’m sure Frances knows what that feels like. As such, it’s not surprising that Frances ended up reaching out to Zelda on Twitter and consoling her.

She tweeted, “@zeldawilliams You have such an incredibly beautiful soul. I love you but you already knew that. Wherever, whenever u need me I’ll be there.”

It’s even possible that the two of them were friends before this, since a lot of young Hollywood does tend to run together. But even if they weren’t, it’s incredibly kind for Frances to have reached out to Zelda, even if it doesn’t make up for the nasty tweets and messages that caused Zelda to quit social media.

Zelda ended up tweeting her last message yesterday, saying, “I’m sorry. I should’ve risen above. Deleting this from my devices for a good long time, maybe forever. Time will tell. Goodbye.”

What more can we say? It’s despicable that people are saying horrid things about her father to her, and it’s even worse that they’re doing it right after his death. These types of people just need to rot in their lack of empathy. Either way, our hearts go out to Zelda and the suffering that she’s going through right now.