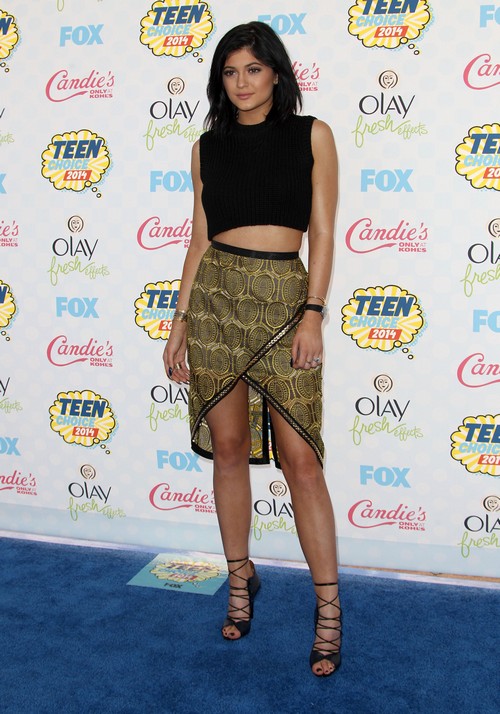 Kylie Jenner‘s currently on vacation in Miami and she decided to post a half-naked photo of herself on Instagram that’s clearly photoshopped. Come on Kylie, do you think the public is stupid?

Kylie’s wearing a very skimpy two-piece bikini in the photo, and as we can see in the right side of the picture, something wonky is going on with her left leg. It’s not anatomically possible for the leg to bend like that, and it’s pretty obvious that Kylie did some magic photoshop and retouching to have the picture come out that way.

I don’t get these Kardashian girls – if they’re going to the effort of uploading their bikini pictures on Instagram, why can’t they just show off their normal bodies? They know that thousands of teenage girls look up to them [for reasons that I will never understand], and showcasing legs that are that skinny – whether by photoshop or au naturel – sets a bad example for all those fans. It’s telling them to go ahead and starve themselves so they, too, can have stick-figure legs, thighs without body fat, and a stomach that’s so flat that the rib cage is showing. And of course, Kylie has to make the picture look all artsy, when in fact it just comes off as pretentious and try-hard.

The Kardashians, photoshopping since 2005. It seems like the family loves their photo editing software like no other, and considering their obsessive clinging to fame and fortune, it actually makes sense that they would be so rigidly controlling of their public image.

What do you guys think? Let us know your thoughts in the comments