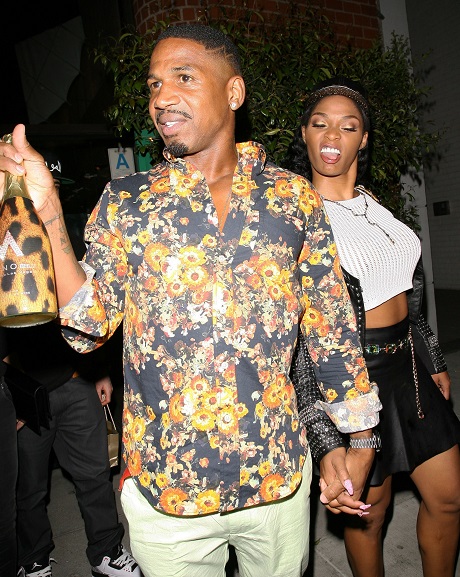 Love & Hip Hop Atlanta’s infamous reunion show melee made for great TV, and a great lawsuit. The highly publicized brawl began when Benzino called Stevie J a “crack head” and then all hell broke loose. Benzino’s fiancée, Althea Eaton, was the victim of a crazed smack-down, dealt from the hands of Stevie J’s “wife” Joseline Hernandez. Just when we thought the Love & Hip Hop drama couldn’t get any crazier, it has been revealed that

Eaton is actually suing Hernandez for the attack and claims in court documents that Joseline was high as a kite when she assaulted her during the reunion show. Eaton even mentions in the lawsuit that she has witnesses that saw Hernandez smoking crack back stage before the brawl.

Stevie J is furious about the allegations of his Puerto Rican Princess’s drug use, and even told TMZ that he is going to sue “the liars that said she was high.” So, we won’t say Joseline Hernandez was high, we’ll just tell you about all of the other sources that have claimed Joseline and Stevie J are a hot, drug-addicted mess.

Benzino is not the first person to call Stevie J out on his drug use, and he probably won’t be the last. During Love & Hip Hop Atlanta season 1, Stevie J’s baby mama and sex tape vixen Mimi Faust mentioned in her video sessions that Stevie had a drug problem and she was concerned about leaving their daughter with him. We also can’t forget the picture that Joseline Hernandez posted on Instagram in March 2014 of herself and Stevie J. Fans automatically noticed a white powdery substance under Stevie’s nose and took to the comments to call him out.

So, Stevie J has a history of drug allegations — what about Joseline Hernandez? Well, long before Eaton even met Joseline and thought of suing her, reports emerged in 2013 that Joseline was strung out and addicted to drugs. A former hairstylist of Joseline’s revealed to a gossip site that “Joseline is always high and things are getting really bad.” The site’s source went on to explain that Joseline and Stevie had some serious cash flow problems because every dime they were making was going up their noses.

So, was Joseline Hernandez high on crack when she attacked Althea Eaton during the Love & Hip Hop Atlanta reunion? Well, we will let you decide that for yourselves. But, considering Joseline and Stevie J have been accused of doing drugs for months now, it would explain her erratic and violent behavior. Do you think Joseline and her hubby are drug addicts? Let us know what you think in the comments below!