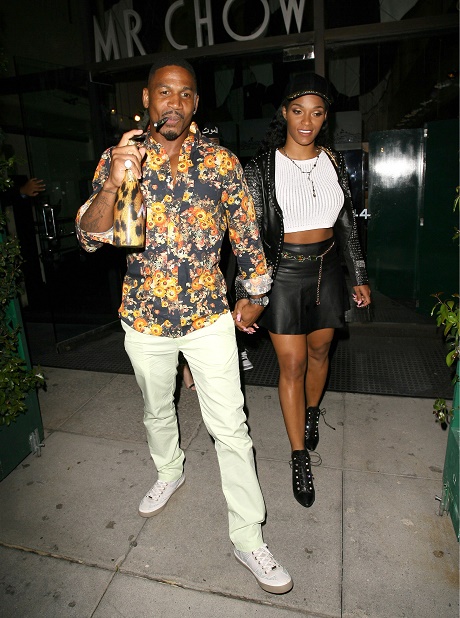 Love & Hip Hop Atlanta spoilers reveal that Part 3 of the LHHA reunion special will air on Monday, September 8th on VH1. After the knock-down, weave-snatching brawl on the set of the reunion, the third installment on the finale was filmed without a live audience with the cast members separated in individual rooms for safety precautions.

Rumor has it, Part 3 of the reunion will be the last time Stevie J and his “wife” Joseline will be filmed on Love & Hip Hop Atlanta. The couple has reportedly been fired from the popular reality TV show because the producers considered Stevie and his hot-headed Puerto Rican Princess a liability due to their violent and unpredictable behavior.

Love & Hip Hop Atlanta spoilers reveal that Part 3 of the reunion won’t be the last we see of Stevie J and Joseline though. They may have been fired from LHHA, but according to Stevie J, he and Joseline Hernandez are getting their own spin-off show. Stevie J took to Twitter and announced, “Coming Soon #StevieAndJoselineShow.” Stevie J and his wife wouldn’t be the first Love & Hip Hop stars to land their own spin-off on VH1. Jim Jones and his wife, Chrissy, landed their own series as well after the finished appearing on Love & Hip Hop.

Seeing as how multiple sources are reporting Love & Hip Hop Atlanta spoilers revealing that Stevie J and Joseline have been fired, it makes sense that they landed their own reality show. Stevie J and Joseline are hot enough messes to be considered reality TV gold, but the producers of Love & Hip Hop don’t want them filming with other cast members in case another brawl ensues and they risk the chance of getting hit with a lawsuit.

Would you tune in to an entire show dedicated to Stevie J and Joseline? Do you think Love & Hip Hop will be better without the hot-headed Joseline and her hubby? Let us know what you think about Joseline and Stevie J getting fired from the group show in the comments below, and don’t forget to check CDL tomorrow for more Love & Hip Hop Atlanta spoilers.