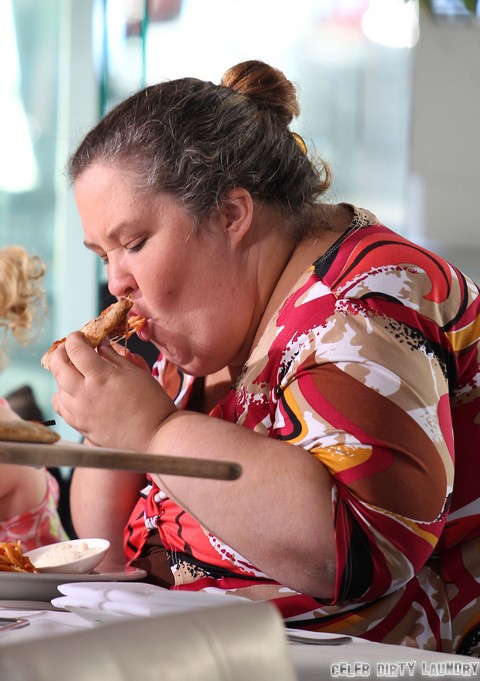 Fans of TLC’s recently cancelled Here Comes Honey Boo Boo reality TV series are still reeling from the news that Mama June is hooking up with not only a convicted child molester, but the same child molester that molested her oldest daughter, Anna “Chickadee” Cardwell. When the story originally broke Mama June took to the internet and tried to deny the allegations, but then photos surfaced of her and felon Mark McDaniel house shopping and cuddling in bed, and receipts surfaced proving that June even bought him a car.

But wait, it gets worse. The Nissan that Mama June bought for Mark McDaniel, she paid for it with money she stole from her daughter Anna. Who steals money from their own child and then uses it to buy the man that molested her a new car? According to the November 24th edition of OK! Magazine, “Anna revealed in an interview that she suspects her mother raided her account to buy a car for McDaniel.” Anna explains, “Apparently all of us girls have trust funds that have over $30,000 in them.” The upset daughter of Mama June reveals that after the scandal she called the bank and there is only $17.90 left in the account, she is sure her mom used her money to “buy Mark whatever he wanted.”

Wow, if that isn’t a slap in the face then I don’t know what is. “Sorry Chickadee I’m in love with the man that molested you and I forgive him for what he did to you. Oh by the way, I used all of your life savings to buy him a car.” Mama June just sunk to an all new low – just when we thoughts she was at rock bottom. Are you as disgusted as we are about the latest developments in this story? Do you think Mama June would rally raid her own daughter’s accounts after all of the stories she told about putting money up for her kids? Let us know what you think in the comments below!