Miley Cyrus and Patrick Schwarzenegger Dating Because Both Are Maniacs in Bed? 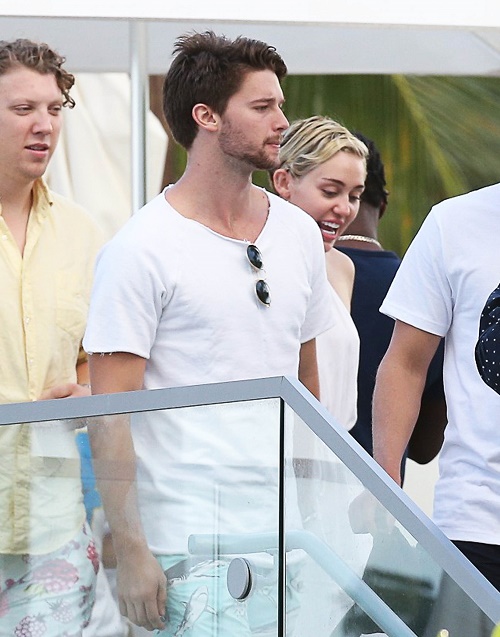 Did anyone ever doubt that Miley Cyrus is a wild child in the bedroom? I mean, after her nearly nude, hot-dog riding, Monica Lewinsky impersonating, twerkfest Bangerz tour – Miley didn’t leave much to the imagination. We all have a pretty good idea of what goes on in her bedroom. And that is exactly why everyone was thrown for a loop when news hit the internet that Miley was dating the clean-cut, preppy son of Maria Shriver and Arnold Schwarzenegger. Seriously, what do Miley and Patrick have in common?

Well, according to the latest edition of OK! Magazine, Miley and Patrick Schwarzenegger have a lot more in common than any of us realized, and Patrick is apparently just as wild as Miley – when no one else is around. OK! Magazine reveals, “The former Hannah Montana is telling friends that the son of the Terminator is an action star in bed. Miley expected she’d be giving pointers to the 21 year old in bed, but it’s actually the other way around! The magazine’s inside source goes on to explain, “She can’t believe his stamina, he just doesn’t stop. He’s clean-cut on the outside but so naughty behind closed doors. Sexually, Miley’s open-minded and Patrick is just as adventurous.”

Who else is completely wierded out by the thought of Miley Cyrus and Patrick Schwarzenegger in bed together? Sure, Patrick appears wholesome on the outside – but in all seriousness, you have to have some sort of wild side in you to even entertain the idea of dating Miley Cyrus, so we’re not exactly shocked by OK!’s recent report. Do you think Miley and Patrick are an odd couple? Or are they perfect together? Let us know what you think in the comments below!