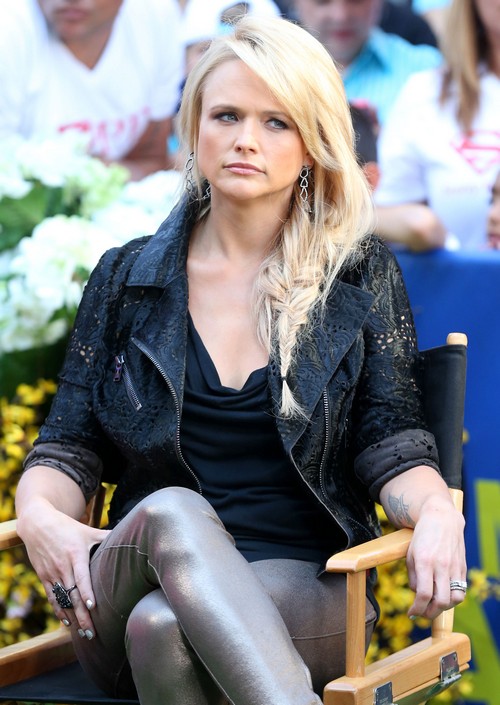 However, a source tells the Enquirer that Blake ‘knows how to handle his liquor’, something that Miranda apparently doesn’t. The source adds, “Blake is smart enough to see that with all of Miranda’s anxiety, alcohol only heightens those feelings. But Blake is famous himself for being a booze hound, so he doesn’t feel he can say, ‘Honey, it would really help you to quit drinking.’ It would be the pot calling the kettle black, but he’s now warning her. He feels it’s his duty as her husband.”

I like that the source admits that Blake would be a hypocrite for warning Miranda, but then does it anyway. In reality, it’s very possible that Blake Shelton is worried about Miranda Lambert’s drinking problem, especially if it’s causing serious problems for her. Whatever his own issues are, Blake’s always managed to hold his booze fairly well, even if it leads to his cheating and his affairs – it has never led to anything significantly worse than that, or even particularly damaging in the eyes of the media. However, once you get a famous couple that are both famously addicted to alcohol, you start dealing with issues. Miranda’s drinking problem might have started out slow, but if both she and Blake get wasted on a regular basis, divorce rumors will become the least of their worries. And also, it’ll be interesting to see what comes first for both of them – divorce or rehab.