Miranda Lambert Divorce Ultimatum to Blake Shelton: ‘Give Me A Baby’ but Blake Doesn’t Want A Family! 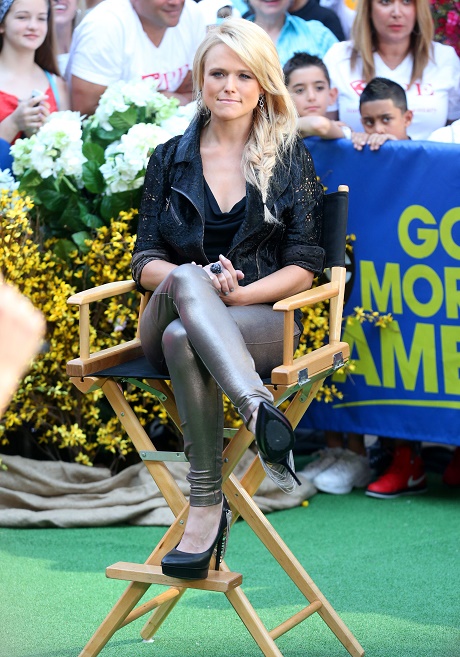 Blake Shelton and Miranda Lambert divorce rumors have been around for the past two years and since Miranda lost all that weight so has the baby talk.  Blake is a flirt and a hard drinker and Miranda stole him from his previous wife, Kaynette Gern. So Miranda knows well that Blake has a history of cheating and that the same fate could befall her. This is presumably why she is trying to push him to have a child with her. So far Blake is resisting!

It’s no secret that there are some serious issues in the Blake Shelton/Miranda Lambert marriage. It seems like the downfall of every celebrity marriage these days has to do with babies. One member of the marriage wants a baby, and the other doesn’t. You would think celebrities would do what normal couples do and discuss this before they say “I Do.” Miranda Lambert desperately wants a baby, but Blake Shelton has made it very clear he will not be fathering any children any time soon.

According to the October 20th edition of OK! Magazine, “The conflict between the couple who have been married for three years is turning serious, especially for Miranda who is eager to start a family but can’t convince Blake. Miranda, who is watching with envy as her close friend Carrie Underwood prepares for her first child, remains determined to become a mom.”

To add insult to injury, Blake Shelton appeared on the Ellen DeGeneres show in September and announced on behalf of him and Miranda that they would not be having a baby. Miranda was obviously furious when she saw the show.

Why do you think Blake Shelton is so against having a baby? Is it because he knows their marriage isn’t going to last and there is no sense bringing another person in to it, or simply because he doesn’t want to have to settle down and give up his partying and jet-setting lifestyle? If you were Miranda would you divorce Blake, or keep waiting for him to come around? Let us know what you think Miranda should do in the comment section below!