Nick Cannon, Mariah Carey Divorce: Both Want Full Custody Of The Twins, Will They Split Up Moroccan And Monroe? 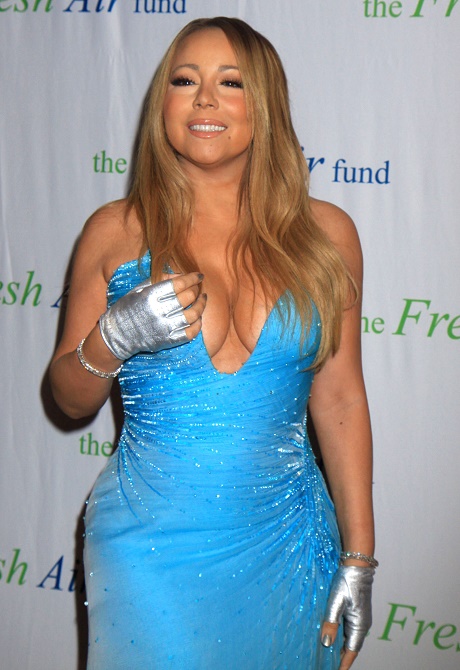 The media is still in a frenzy over Mariah Carey and Nick Cannon’s high-profile divorce, but the scandal is going to get worse before it gets better. Nick Cannon and Mariah have a multi-million dollar estate to divide up and two children, three year old twins Moroccan and Monroe. According to reports, both parents are vying for custody of the famous toddlers, and neither Nick nor Mariah is backing down.

The September 15th edition of OK! Magazine reveals that Mariah Carey and Nick Cannon’s divorce is getting nasty. The magazine explains, “Nick Cannon and Mariah Carey have only been separated for a few months, but their divorce talks have already taken a turn for the worse. After Mariah’s lawyers hit Nick with a gag order preventing him from commenting publicly on the separation, he retaliated the only way he could: stepping out in New York City on August 26th wearing a baseball cap emblazoned with the word “Saved” which an insider says was a direct message to Mariah that he’s relieved to finally be free of their six year marriage.”

According to OK! Magazine, Nick is gunning for full custody of the couple’s twins, Moroccan and Monroe. He is concerned about leaving them with Mariah because she is emotionally unstable. The magazine’s inside source reveals that, “Nick says Mariah cares more about herself than tending to the children. She stays up all night analyzing pictures of herself and obsessing over how she’s aging – and she sleeps all day.” Mariah, on the other hand, thinks that she should have full custody. She plans to use Nick’s partying, busy work schedule, and infidelities to prove to the court that he is an unfit dad.

It sounds like Nick and Mariah both have a lot of mud to sling at each other’s parenting, and if they both go for full custody, it is really any one’s guess as to who will come out on top. Some rumors are even flying around that they plan to split up the twins, and alternate which parent gets which twin on a weekly basis. If you were a judge, who would you give full custody to, Nick or Mariah? Let us know what you think in the comments below!