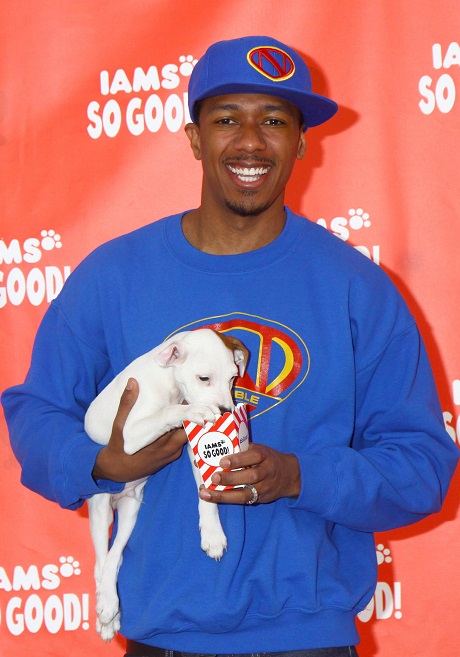 Last week, Nick Cannon and Mariah Carey were both tip-toeing around fully confirming that they had split, and now it seems that a whole bunch of details have started to ooze out with everyone around the couple beginning to weigh in on the status of things. Yesterday, we learned that Nick was reportedly paying for not one but two mistresses and today his grandfather, James Cannon, is attempting to put a completely different spin on things.

According to the Sept. 8th print edition of Life & Style Magazine, the elder Cannon claims that both Mariah Carey and Nick Cannon visited him back in July with their twins. James Cannon says that there was absolutely no hint of trouble between them and that if they were in the process of splitting at that time, then they did a fantastic job of hiding it. They seemed very much together!

I guess the real question now is whether or not the couple was pretending to be united during the visit or if things were actually okay at that point. Perhaps after July Mariah found out about Nick’s side chicks and that was a turning point. Perhaps any issues that they were working through came to a screeching halt then as Mariah consulted divorce attorneys.

What do you guys think happened? Did Mariah Carey and Nick Cannon agree to show a united front during their visit to James Cannon’s home because he was in poor health or did things totally fall apart for the couple since then? Had they been well on the way to divorcing even before visiting Nick’s grandfather? Tell us your thoughts in the comments below!