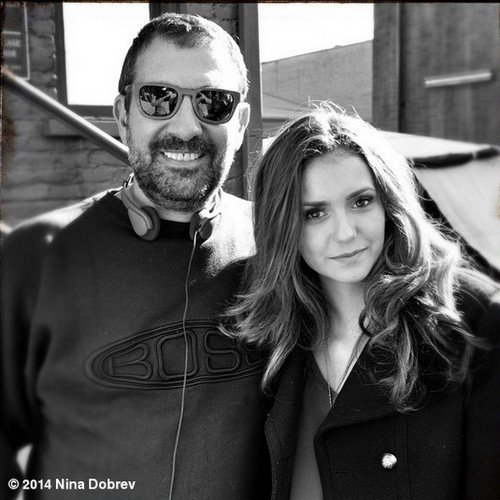 Nina Dobrev and her list of fake boyfriends like Ben McKenzie and Chris Wood also make the news. The entire cast of The Vampire Diaries deserves credit for the way they consistently play the media. Despite their absence from the weekly tabloid world, their fan base is keen enough to demand online tabloid journalism regarding Nina Dobrev and Ian Somerhalder. The couple may have broken up a long time ago, but in the eyes of their fans, their fates are still intimately intertwined together.

In fact, sources have told us that both Nina Dobrev and Ian Somerhalder – despite maintaining a professional facade on set – detest working with each other right now, even though they claim their breakup is amicable. However, most exes are given the freedom and space to move on through distance and perspective, neither of which Ian Somerhalder nor Nina Dobrev were given. In fact, they were thrown right back together after their breakup, and they were forced to be intimate with each other for the sake of the show and for the sake of their fans.

Now, one could say that they were given an unfair disadvantage, but that’s now how Nina or Ian have treated the whole situation. They have taken full use of the media craze surrounding their romance, and manipulated it to their benefit. They have let the rumor mill go crazy without addressing or even discussing any of the gossip surrounding their love lives, and they have strategically allowed the media to find out who they were dating in real life – hoping, of course, that it would fuel more drama concerning their love lives, and of course it did.

Right now, several sources have told us that Nina is NOT dating Chris Wood, despite what her recent Instagram photos suggest. However, these pictures with Chris Wood might have very purposefully been placed that way to make Ian Somerhalder jealous – or if we’re over thinking this, to make it look as though Nina was TRYING to make Ian jealous. Basically, Nina is still bitter over how Ian manipulated the media when he first began dating Nikki Reed, and this is her way of getting back at him – by flaunting her ‘relationship’ with the hot new cast member on the show. As far as Ben McKenzie, this other ghost boyfriend has come right out and denied ever dating Nina.

To be very fair, since Nina Dobrev has been dating Mark Foster, not Ben McKenzie, Ian Somerhalder and Nikki Reed have stayed relatively quiet on the PDA front. But Nina has stayed dead quiet on the Mark Foster speculation, and one can also assume that Nina’s Instagram PDA with Chris Wood also served to throw the scent off her and Mark’s boyfriend-girlfriend relationship. What do you guys think? Let us know your thoughts in the comments below.