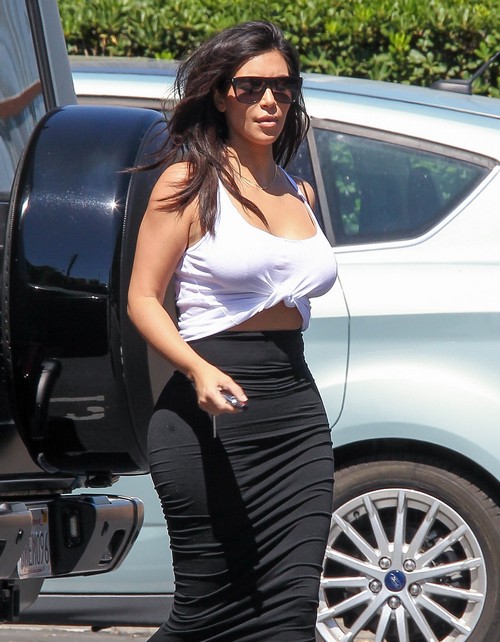 Most of us have already seen Kim Kardashian naked, after all that is how she became famous. She has also appeared nude in videos and magazine covers. She is naked in the recent issue of British GQ, in husband’s Kanye West video for “Bound 2” in 2013 and for W magazine in 2010. Not to mention all her revealing selfies on Twitter.

Earlier this month, Apple confirmed there had been a “targeted attack” on “certain celebrities,” rather than a widespread security breach affecting all users. CEO of Apple, Tim Cook, said stars’ iCloud accounts were compromised. They were either victims of phishing scams or had had their passwords stolen because hackers guessed their security questions correctly.

Reps for the ladies have declined comment except for Gabrielle Union who is playing this up for maximum publicity by saying she is contacting the FBI. It is unclear if the photos resembling the stars are authentic or if and how the celebrities were hacked. But anyone with eyes can see it’s really them.

The first leak took place in late August and real personal selfies and other images of Lawrence and Kate Upton, gained the attention of the FBI, and spurred an investigation by iCloud file-sharing service operator and iPhone manufacturer Apple.

Cory Allen Contemporary Art and artist XVALA were planning to show the nude photos leaked last month in an exhibit, The company said, “transforming those images to canvas presents them in a different light. It makes them real.” For obvious reasons those plans were canceled. Jlaw and Kate Upton would have hit them with a lawsuit! “People were identifying with Jennifer Lawrence’s and Kate Upton’s victimization, much more than I had anticipated, which is powerfully persuasive,” says Cory Allen. If you put what you consider compromising material on social media which includes iCloud, or on any medium with Internet access, then you know that 0ne day it might become public.