Is Prince William Cheating On Kate Middleton With Kate’s Assistant, Rebecca Deacon, While in Malta? 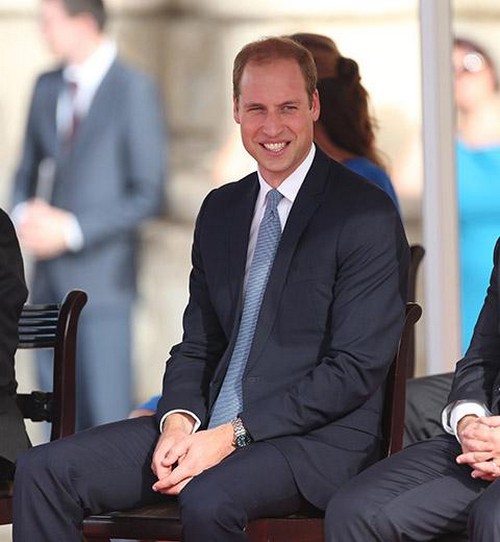 Is Prince William cheating on Kate Middleton with Rebecca Deacon while he replaces the morning sickness-suffering pregnant (with twins?) Princess Kate in Malta? Oh, you naive, sweet summer child. Prince William still thinks that he can spend time with a woman who is not his wife and have it be alright. It’s almost endearing, how clueless he is. But apparently, not clueless enough to travel to Malta with Kate Middleton’s personal assistant, the very pretty Rebecca Deacon.

Yup, Rebecca’s the brunette that’s always with Kate, and she’s basically Kate’s go-to assistant for anything and everything. And here she is, traveling to Malta with Prince William instead of being at Kate’s beck and call at Kensington Palace. My senses are tingling…. Of course the Palace would argue that being responsible for planning Kate Middleton’s itinerary for her cancelled solo Malta trip made Rebecca Deacon indispensable to Prince William – but gossips won’t buy that. The Palace couldn’t have found a suitable replacement for Princess Kate’s assistant?

Ok, Rebecca supposedly has a boyfriend, Nick Loughran, who’s also the royal couple’s media adviser. But does that matter? If Will hits on her, you think she’ll turn him down?

Now, I’m NOT saying that Will is cheating on Kate. But I am saying that this whole scenario is a little curious and not a little unfamiliar. Remember when Kate was in Mustique with her family, and Will went on that ‘hunting trip’ in Spain with his ex-girlfriend, Jecca Craig? Sure, he had ‘friends’ along that trip, but who on earth goes on vacation with his ex-girlfriend – to Spain and stays at a private estate far from prying paparazzi? A royal who knows who’s under constant media glare should not have taken that hunting trip nor should he be in Malta with Kate’s pretty assistant.

Whether Prince William is cheating on Kate Middleton or not, history unfortunately is not on his side. I don’t mean history as in William’s history, but rather the history of royal men. The royals have an atrocious track record of being unfaithful to their wives/girlfriends, and while Will hasn’t done anything outright to make us think that he hasn’t been faithful to Kate, he is spending an awful lot of time photographed with woman who aren’t her.