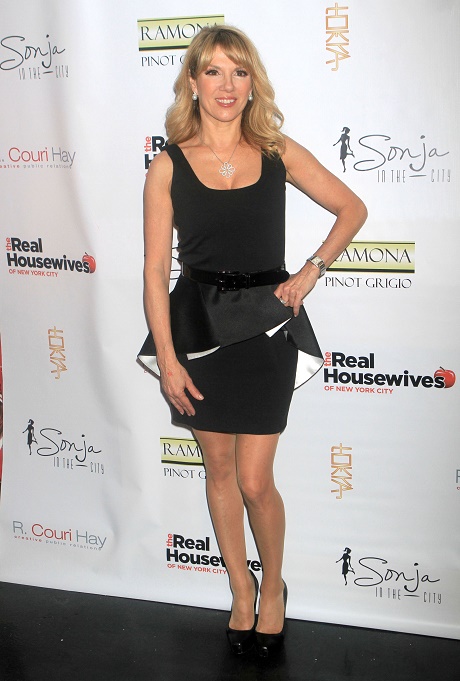 Has Ramona Singer quit RHONY rather than play a lesser role on the Bravo reality show? Real Housewives of New York spoilers reveal some major cast shake-ups occurring behind the scenes of the Bravo reality show. The network recently confirmed that Aviva Drescher had been fired from the cast and the infamous Ramon Singer had been demoted from series regular to a “recurring friend,” meaning she might appear in a few episodes in the background at a party or dinner. Ramona’s demotion gives hope to Real Housewives fans everywhere that Bravo really does grow tired of their housewives unnecessary drama and diva antics, and gives us all hope that RHOC Tamra Barney is on her way out the door as well.

As thrilled as we are that Ramona Singer has been demoted and won’t appear in every episode, there’s even better news! According to the September 29th edition of OK! Magazine, Ramona Singer might not appear in any episode of Season 7 of Real Housewives of New York. A source close to Singer claims that she is planning to quit the show all together. The source goes on to explain, “She’s still deciding if she wants to come back, given all of the changes in her life and new projects she is working on.”

So, basically, Ramona is trying to spin her demotion to make it seem like the reason she isn’t appearing on Season 7 of Real Housewives of New York is because she is too busy, not because the Bravo producers grew sick of putting up with her drunken drama for the past six years. Do you think that Ramona would still quit the show because she has “so much going on” if news hadn’t broke that she was being demoted anyways?

We have watched Ramona Singer make a fool of herself on Bravo for enough years to know that the last thing she will ever do is admit that she has been basically fired. Do you think that Ramona is “quitting” because she is in denial and trying to save herself the embarrassment of being demoted? Let us know in the comments below!