Ray J’s Sex Tape With Kim Kardashian – Wishes He Never Made It – So Does Kanye West! 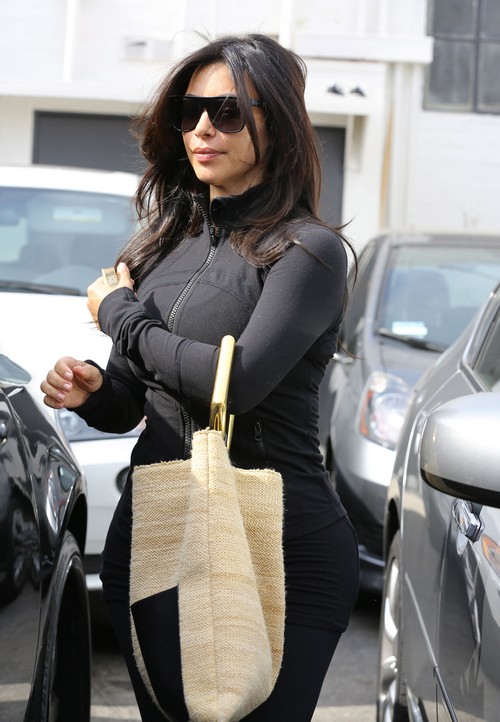 As much as we hate to admit it, the Kardashians are a brand now. That means that their fame, for better or worse, is somewhat justified. That also means that other C-list and D-list stars will be using the Kardashians to increase their own publicity. One of those D-listers is Ray J, who is once again singing about his ex-girlfriend, Kim Kardashian. Kim is gearing up for a divorce from Kayne West from what we hear. This little outburst from Ray J won’t help matters any….

For those not caught up on the full Ray J/Kim K history, Ray J is the one that Kim had her sex tape with. Although the two broke up a long, long time ago, Ray J ended up releasing a song last year explicitly discussing the details of their sex tape. But now, he seems to have had a change of heart, as evidenced by his latest single, Never Shoulda Did That.

First of all, would it kill these guys to write their songs in proper grammar? Second of all, I don’t think anybody honestly believes that Ray J regrets making the sex tape with Kim Kardashian. Eighty percent of his fame now is due to that sex tape, and nobody would even know who is he or listen to his songs if it wasn’t for that sex tape. Plus, Ray J was obviously antagonizing Kanye West with that first song, aptly titled I Hit It First. Yeah, and he also made sure that nobody forgot about it.

The guy is fully versed in the media famewhore game, as any ex-partner of Kim Kardashian would be. But even though he claims that he wishes he never slept with Kim, we all know the truth. You’re not fooling anybody, Ray J.