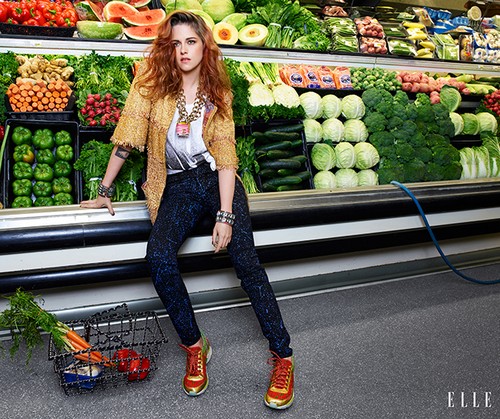 You know that saying about how you never really get over an ex? That doesn’t apply to all situations and certainly doesn’t apply to all people, but it seems to apply to a LOT of celebrities – and chief among them, Robert Pattinson and Kristen Stewart. Even after she cheated on him and humiliated him in front of the whole world, Rob still keeps in touch with Kristen! And he’s fine telling people that, even though Kristen won’t touch the subject of her romantic life with a ten foot pole.

It’s understandable, of course, considering that she was the one who messed up in that situation. And it’s not like Rob hasn’t moved on – he’s already been linked to a large number of actresses and models since his breakup with Kristen last year, not to mention the fact that he’s been partying pretty non-stop for the past few months. But what will he do if Kristen starts dating Nicholas Hoult?

The rumor mill already has Kristen and Nick practically married, even though the duo has just started working on Equals. They’ve already been spotted on one sushi date and they recently uploaded a video doing the ALS ice bucket challenge. Other than that, we’ve got no proof that Kristen and Nick are doing anything other than being friendly co-stars. But if Rob truly isn’t over Kristen yet, that should be enough to give him pause – and perhaps help their long awaited reunion at the 2014 Toronto International Film Festival?

Both Kristen and Rob are set to make appearances at the festival, and we’d initially assumed that they would avoid each other, just as they did last year. However, with all these recent developments [supposedly] in Kristen’s love life, maybe Rob will have a change of heart? He could finally realize that he really does want to get back together with Kristen, and then we can have a slow motion montage of them running into each other’s arms at the festival.

Obviously, I’m joking – not about the jealousy part, but the rest of it. I still stand by Rob getting jealous of Kristen’s new relationships. And I think that a Twilight reunion at this year’s TIFF is possible. But do you guys agree?