Robin Thicke Divorce: Paula Patton Marriage Over – Gives Up Trying To ‘Win’ Her Back 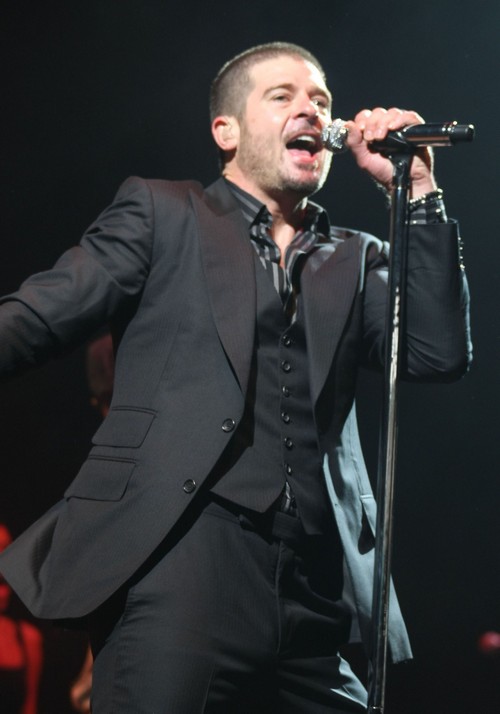 Robin Thicke‘s attempts to get back Paula Patton were bordering on the desperate and pathetic, so it’s a good thing that he’s accepted divorce and given up on trying to ‘win’ her back.

Paula dumped Robin after she got sick of all of the affairs and cheating, but Robin wasn’t so quick to say adios to their marriage. Every chance he got, he would discuss Paula and their family, including publicly appealing to Paula to take him back. He did this in interviews, in concerts, on TV, everywhere he got the opportunity. But when that didn’t work, he got desperate and started writing songs about it. In fact, his last album was less of a musical achievement than it was an ode of desperation to win Paula back.

Alas, that also didn’t work, probably because it was actually filled with deep-seated misogyny and rarely dealt with an actual apology for his mistakes. But now, sources tell TMZ that Robin has finally given up on trying to win Paula back, telling people close to him that his marriage is over.

Robin was holding onto the house that he and Paula shared in LA for a while, but he listed it on Monday. Paula hasn’t been living in that house since the beginning of this year, ever since Robin’s affairs went public and that picture of him grabbing a woman’s ass went viral.

Right now, an attorney is reportedly working on hammering out the details of their divorce settlement, but it’s definitely moving forward. Even though Robin refuses to file for divorce, Paula has made up her mind to go through with it. Robin may have tried incredibly hard to keep this from happening, but Paula’s determined to get that divorce and for good reason. She shouldn’t have to stay with a douchebag like Robin, especially when her career is taking off and she’ll have plenty more dating opportunities in the future.