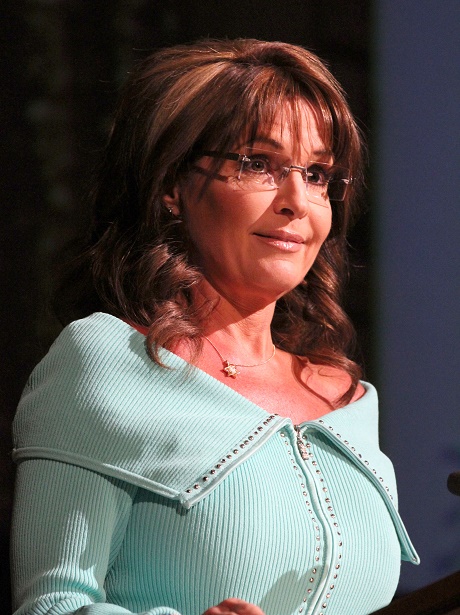 Well, what do we have here? Sarah Palin and her family acting like a bunch of hick, brawling hooligans. Surprise, surprise, Ms. Palin is not as composed as she pretends to be, but we already knew that, didn’t we? I mean, the women claimed that she could see Russia from her backyard….

Anyway, there are several reports that came out recently about how Sarah and her family were involved in a massive brawl at a snowmobile birthday party this weekend. No, I’m  not even kidding.

So there’s a nice, chill party happening in Anchorage – until the Palins show up. So the first thing they do is get drunk, and then Track Palin spots an ex-boyfriend of Willow Palin‘s. Unlike normal people who would just avoid an awkward confrontation, Track decides to go over there and yell at the guy. Obviously, this doesn’t end well. Soon enough, the entire Palin tribe is involved, with the women screaming and the men throwing things around. It basically devolves into an insane bar fight, with Bristol Palin employing her right hook on people and Sarah Palin screaming, “Don’t you know who I am?!”

I know I shouldn’t laugh, but I can’t help it. These Palins could be the center of some backwards, hick, hillbilly reality show and nobody would blink twice. Of COURSE Bristol would try to kick her way through the fight, of COURSE Sarah would try to use her fame, and of course their entire family has no manners. They think that just because they’re the ‘Palins’, they can get away with anything. Bless them, they certainly learned differently after this fight. The Anchorage Police department had to get involved and break things up, and the Palins are just lucky that nobody wanted to press charges. But now, the whole country knows how ridiculous this family is — if they didn’t already know that before.