Sean Penn Cheating on Charlize Theron With Mystery Woman or Role-Playing With Girlfriend? 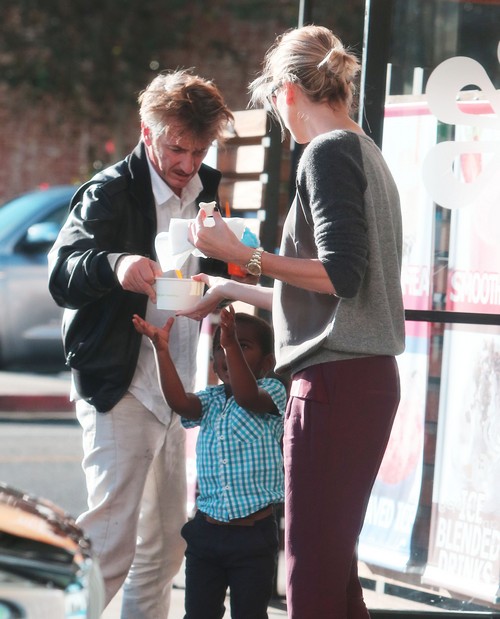 The rumors [National Enquirer] state that Sean was seen checking into the Sunset Tower Hotel in Hollywood on November 14th with a woman who was in her mid-20s. A insider said, “You could tell from their body language that they looked like they were hooking up. Sean Penn doesn’t hold hands with just anyone! He looked nervous when he saw me next to him at the front desk, so he started to ask the attendant to hurry to give him his key. He walked to the elevator and pressed the button several times like he was in a hurry. Then they got in to go upstairs.”

He was said to have doted on the woman who was “tall and long-legged with short hair and wore a short black dress.”

The spy said, “It looked like there was a lot of sexual chemistry between them. He was holding her hand real tight. I don’t think they were going up to the room to play chess, that’s for sure!”

A friend close to the actress said, “Charlize has every reason in the world to worry about Sean straying. He’s done it before, and he’ll probably do it again. That’s just in his nature. He’ll never change, no matter how much she might hope!”

Is Sean Penn screwing around on Charlize Theron or were they just role playing to keep things alive in the bedroom? Perhaps they have been together too long already and have to resort to these measures to keep things spicy in the sack. It’s only a matter of time before he really is cheating behind her back.