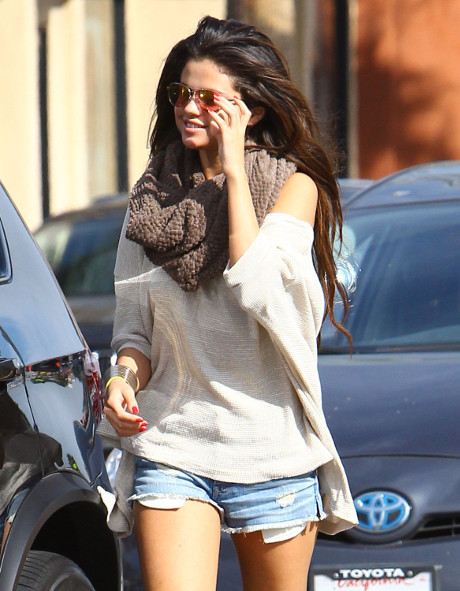 The prevailing story of the week is that everybody is worried about Selena Gomez. Of course they are, since she’s back with that ingrate, Justin Bieber. She’s already slipped back into her bad habits, which include drinking, doing drugs, and smoking pot non-stop. And now, she’s seemed to have developed some more of them, including throwing ragers at all hours of the night and getting caught doing so.

She’s taking after her boyfriend in every way possible, which has to have her friends and family worried. After all, Justin Bieber is not someone you want influencing the people that you love. Selena was reportedly trashed during the Roosevelt Hotel’s Night Swim bash on June 10th. And that’s not even the first time this week that she’s been caught drinking and smoking. Downward spiral? More like downward race…

A source even tells InTouch Weekly, “Selena’s family fears for her health after she slips back into her reckless habits. Selena has definitely slipped back into her old ways. It’s sad as before she’d been on the right track. But it’s an ongoing battle for her.”

Ongoing battle? Selena’s the one who’s made it an ongoing battle. Obviously, people everywhere have a rough time dealing with drug and alcohol addiction, but is there a cure for Justin Bieber addiction? Because that’s Selena’s biggest problem, and nothing else will get solved if she doesn’t fix that first.

She’s only been back with him for a few weeks, but she’s already been spotted drinking more in that time than she’s been for the past four months put together. Doesn’t that tell her everything she needs to know? Except instead of dumping him, she’s just taking on more of his douchebag traits.

What do you make of Selena Gomez partying nonstop?