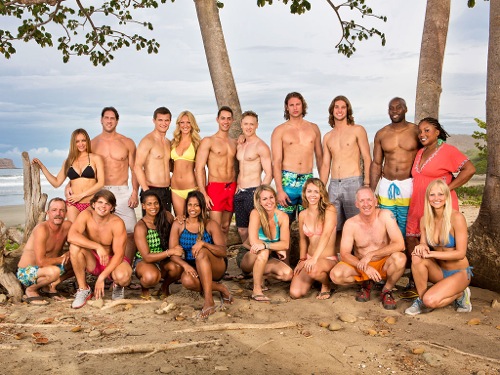 Survivor 2014 San Juan Del Sur spoilers promise lots of intrigue and drama for this week 5 merger episode. With the week 5 merger clearly coming up this week on Survivor 2014 San Juan Del Sur, it is time to start looking at who is positioned well and who is not. Survivor 2014 spoilers imply that after Drew’s meltdown last week, the men are still in a better position when you compare the females and the males. There are eight men left and only six women. That difference is mitigated largely, however, by the fact that this is Blood vs. Water. Family ties and loved ones are going to be far more important. Here is a look at how they stack up among the men:

Keith Nale – What started as a charmed game for Keith is quickly going downhill. He got outed in his attempt to reveal that Jeremy had an Idol. (He didn’t and, in fact, Keith actually found it after the fact) This has left Keith looking untrustworthy and the tribe really sounded like they were in Jeremy’s corner on this. With the merge, Keith may be able to weather the storm for a bit. He also has an Idol which is a huge help.

Wes Nale – Son Wes is seemingly in pretty good with his tribe and that should carry over into the merge. Having his Dad added to the mix should help as well. How the loved ones will mix across the merge will be vital.

Jon Misch – Jon was in really close with Drew and he seems like he is ready to melt down. The highlights showed he has some trouble coming next week so we will have to wait and see. He is a strong competitor but being joined so closely with Drew after his meltdown will be a problem for him.

Josh Canfield – Josh has played a brilliant game so far and still managed to keep the target off his own back. As active as he has been that is a small miracle. With his partner still in the mix, the two of them look to be in great shape moving forward.

Reed Kelly – Reed has played a more muted Survivor San Juan Del Sur than his partner Josh, but he still has established himself as a solid competitor. He might even be a favorite at this point in the game. He has been under the radar in the large scheme of the game and yet seems to be very respected.

Jeremy Collins – Jeremy worried me at first with his “explode out of the gate” attitude. He jumped right into the mix and made himself larger than life right away. Since then, he has eased back a bit. With that said, the guy has got to take a chill pill and not be so emotional about everything. If he does, he has as good a shot as anyone.

Alec Christy – We all saw what happens when arrogance goes off the deep end. He seems to be very much like his brother and we will probably see a similar demise sooner rather than later.

Dale Wentworth – This old guy has hung in there and shown that older players can make it on Survivor San Juan Del Sur. I am always cheering for him and hope that he lasts quite a while, but I fear his days are numbered. Older age contestants are often targets unless they have a powerful social game. Dale simply doesn’t.