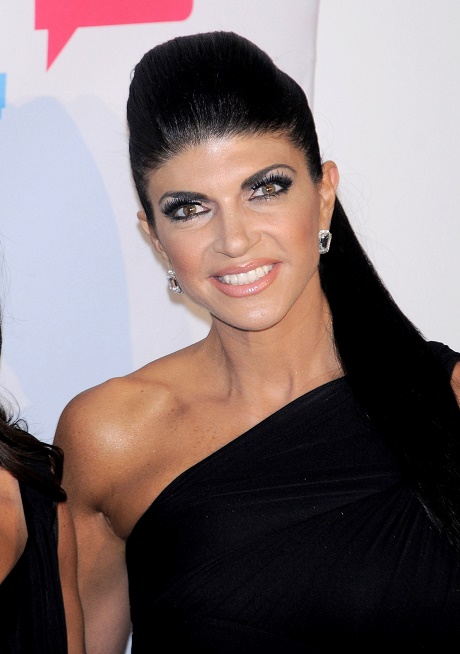 Teresa Giudice is begging Bravo to renegotiate her Real Housewives of New Jersey contract, which could possibly welcome her back post-prison life. Teresa Giudice has been ceremoniously fired from The Real Housewives of New Jersey, and her last appearance on the show will come within the next few months. The RHONJ reunion special will likely be her last reunion – and possibly even appearance – on the show, before she jets off to spend her next fifteen months in prison. Teresa is currently scheduled to begin her prison sentence in January, but with the way things are looking, she’ll be in that metaphorical prison for a lot longer than that. There are consequences to being a convicted felon and being sent to prison, as Teresa Giudice and her husband Joe Giudice are bound to find out.

Right now, we’re hearing from several sources that Teresa has tried begging the producers to renegotiate her contract – or at least, remain open to renegotiating her contract – after her prison sentence is up. She has allegedly reminded the producers and the network that her drama has provided Bravo with ratings gold, but at the same time, the public’s fascination with her will undoubtedly come to a quick end. The audience is a fickle beast, especially when it comes to talentless reality famewhores like Teresa Giudice and Joe Giudice. Plus, Teresa’s already trying wheedling her way out of the prison sentence, and it didn’t work. I doubt it will work with getting back on the show as well.

In the end, her efforts failed, and she’s being sent packing. It’ll be interesting to see how Teresa and Joe try to manage their careers after their jail stints are up, but I doubt they’ll end up back on The Real Housewives of New Jersey.