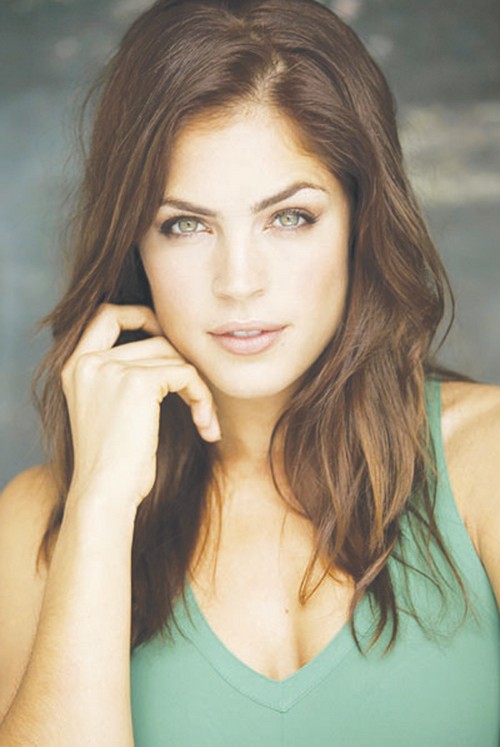 The Bold and the Beautiful spoilers fans were shocked this month when spoilers hit the internet revealing that Kim Matula was quitting the CBS soap, and her character Hope Logan would be exiting soon. According to soap rumors floating around the internet, TPTB may have tapped General Hospital actress Kelly Thiebaud to fill the void left by Matula. Considering the fact that half of Bold and the beautiful literally revolves around Hope’s love life, the soap really has no choice but to bring in a new cast member.

Bold and the Beautiful spoilers already tease that the character of Hope Logan will not be recast. So, where does Kelly Thiebaud come in to play? Well, rumor has it that TPTB are currently recasting the popular character of Steffy Forrester (who has been off the canvas since 2013), and several sites on the internet are reporting that Bold and the Beautiful has tapped Kelly Thiebaud for the part. You have to admit it is a huge coincidence that within one week news hit the internet that Kelly Thiebaud was leaving General Hospital, Jacqueline Macinnes Wood was not returning to play Steffy and B&B was recasting, and Kim Matula was quitting.

As of right now ABC Soaps In Depth is reporting there is no truth to the rumor that Kelly Thiebaud is heading to Bold and the Beautiful, but in the soap world that doesn’t mean anything. How many times have networks mislead us and denied rumors in the past (ahem Billy Miller)? And, we can see why a new up and coming soap actress would want to jump ship from a soap where she has to share screen time with literally over a hundred characters and head over to Bold and the Beautiful where she can be front and center and have a major role.

What do you think GH and B&B fans? Do you believe the rumors that Kelly Thiebaud is headed to Bold and the Beautiful? Do you think she would make a good Steffy Forrester? Are you upset B&B isn’t recasting the character of Hope Logan? Let us know what you think in the comments below and don’t forget to check CDL tomorrow for more Bold and the Beautiful spoilers and news.

Fans at Soap Opera Spy are enthused over this, possibility check out a sample of the comments below:

she would be PERFECT as steffy!!!!!

This will be great. The character Steffy really needs to come back.

Too old to play Steffy

That’s what I say

Yes she would be a good one. She very devious on GH. I read back JMW announce she wouldn’t be back on her Web site that they were replacing Steffy and a little later Thomas. So we will see. They need to come back they are part of that core family and stockholder in The company.

I think kelly would play a great steffy on BB

Ohhhh I love her I cant believe shes going to the worst soap on television!!

Now all we need is Julie Berman as Hope and we’ll be all set!

I do not think so!1 Britt is not exciting on GH!! so how can she be good at the new Steffy?

I’m really gonna miss her as Britt. I can’t stand B&B so this isn’t good for me! But I’m hoping she’s successful because she’s great.

Although on B&B, steffy was a great character. So maybe I’ll check it out.

Want her to stay on G.H.

I think they have to recast hope , what about Wyatt and baby

She would be perfect as Steffy she’s a great actress. Love her on GH.

Oh no I don’t want Kelly to leave, I met at the Marco Island Soap Fest, she’s so awesome, love her as Britt !!!

Nah, although she would make a good Steffy, she’s a little older

I really hate the thought of Britt leaving PC….but I am happy to see her move on to bigger and better things. She is a great actress and deserves some good juicy storylines, instead of the same ones, over and over.