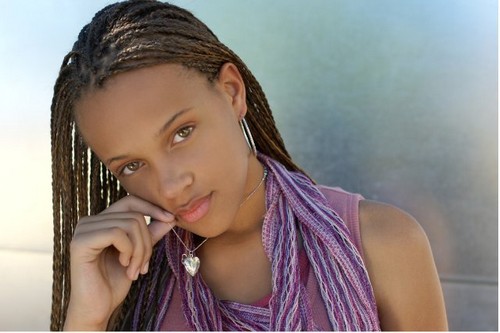 The Bold and the Beautiful spoilers confirmed last month that Kim Matula was leaving the show and her character Hope Logan was exiting, a few days later news broke that Jacqueline Macinnes Wood was not returning to B&B and reviving fan favorite Steffy Forrester. With Katherine Kelly Lang still on hiatus in Italy, Kim Matula exiting, and Jacqueline Macinnes Wood not returning – there were some major holes in the cast that needed to be filled.

According to Bold and the Beautiful spoilers from Soap Opera Digest, the CBS soap has cast a new role – Maya Avant’s little sister! Bold and the Beautiful comings and goings confirm that 18 year old actress Reign Edwards has been tapped to play the part of Maya’s younger sister, Nicole Avant. According to B&B spoilers, Edwards will make her soap opera debut in January 2015 – less than a month away!

Details on Maya’s new little sister are still sparse – but if Nicole Avant is anything like Maya, she is sure to stir up some drama on the CBS soap. Maybe she will hook up with her sister’s ex-fiance Carter, he seems to have nothing else to do these days besides hover around Forrester Creations and reprimand Maya. Nicole could also pick up the pieces after Hope Logan exits and give Wyatt a shoulder to cry on.

What do you think B&B fans? What character would you like to see Maya’s little sister Nicole paired up with? Carter, Wyatt, or perhaps she could steal Oliver from Aly? Let us know what you think in the comments below and don’t forget to check CDL tomorrow for more Bold and the Beautiful spoilers and news.