The Bold and the Beautiful Spoilers: The Young and the Restless Cast Crossover – Judith Chapman Flirts With Eric at Fashion Show

BY Amanda Austin on November 17, 2014 | Comments: 4 comments
Related : Soap Opera, Spoiler, Television, The Bold and the Beautiful, The Young and the Restless 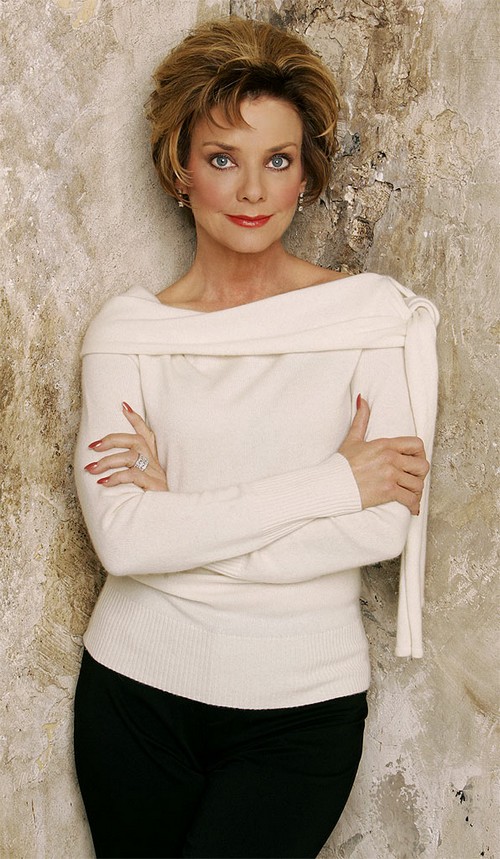 The Bold and the Beautiful spoilers reveal that the week of November 17 will be full of exciting episodes of the CBS soap. B&B fans can expect to see another Forrester Creations fashion show, including a crossover from The Young and the Restless as Gloria Bardwell (Judith Chapman) pops by to snag Eric Forrester. This fashion show will all of the chaos that typically goes along with a major soap event. The week also features the affair between Ridge and Caroline and Hope and Wyatt’s already shaky marriage takes another hit.

Monday November 17: Monday’s episode of Bold and the Beautiful will be a rather eventful one for the CBS soap. According to Bold and the Beautiful spoilers, Hope decides to cut the trip to Amsterdam short because she is upset with Wyatt (Darin Brooks) for scheming – and can’t stand to see Liam and Ivy (Ashleigh Brewer) together for another second. Back at Forrester Creations, Ridge and Caroline discuss the state of her marriage and Ridge (Thorsten Kaye) is not happy about how Rick has been treating her since the truth about their make-out session was revealed.

Tuesday November 18: According to Bold and the Beautiful spoilers, B&B fans can expect to see Eric Forrester reprimand Rick about the state of the family company and how he has been operating as CEO. Meanwhile, Katie fills Bill Spencer in on Caroline and Ridge’s extracurricular activities at work, and Bill is not a happy camper. Not only did Ridge hurt Katie, but he also hurt Bill’s flesh and blood, Caroline (Linsey Godfrey).

Wednesday November 19: Tensions mount and sparks begin to fly on the November 19th episode of the CBS soap. Bold and the Beautiful spoilers tease that Ridge and Rick have a heated conversation over Caroline, and Bill Spencer (Don Diamont) seethes – becoming more and more upset with Ridge by the minute.

Thursday November 20: Bold and the Beautiful spoilers tease that on November 20th the Forrester Creations Fashion Show debuting Caroline and Ridge’s designs kicks off, and The Young and the Restless star Judith Chapman stops by the show to flirt with Eric Forrester in her role as Gloria Abbott Bardwell. While the Forrester Creations crew prepares for the big show, Bill Spencer searches for Ridge and is determined to have a few words with him.

Friday November 21: Ridge and Caroline’s designs turn out to be a huge success at the fashion show, and B&B spoilers tease that Rick is not happy about it. Meanwhile, all hell breaks loose at the show when Bill finally confronts Ridge and a brawl ensues.

So B&B fans, since Ridge and Caroline’s show was such a success – do you think they will have the gull to work together again after all of the damage that was caused after their first partnership? Is Bill Spencer over-reacting, or does he have good reason to be upset with Ridge? Hope (Kim Matula) obviously is not even close to being over Liam – is this the end of her marriage to Wyatt? Let us know what you think in the comments below and don’t forget to check CDL tomorrow for more Bold and the Beautiful spoilers and news.

Fans at Soap Opera Spy approve of this crossover, what do you think?

i am really looking foward to this!

GO GLIC!!! What an awesome pair they would make… that painting of Stephanie would probably burst into flames instead of just falling off the wall!!