The Bold and the Beautiful Spoilers: Darla’s Ghost and Aly Talk – Ivy and Wyatt Get Closer at Forrester Creations – Ridge Remembers

BY Amanda Austin on July 16, 2014 | Comments: 5 comments
Related : Soap Opera, Television, The Bold and the Beautiful 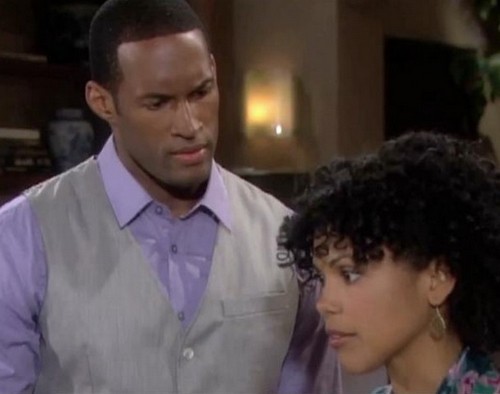 The drama on The Bold and the Beautiful is really heating up this summer, and according to B&B spoilers the week of July 14th-18th will be full of can’t miss episodes. Maya finds herself in a sticky situation on Monday when Carter learns about her throwing herself at Rick Forrester in the steam room, and her fiancé is not pleased.

Bold and the Beautiful spoilers also tease that Aly learns about the recording Maya has of her boyfriend Oliver claiming he was just using her. Oliver will spend much of July 14th-18th begging for Aly’s forgiveness and trying to prove that he really does care for her. Aly’s crazy streak will reemerge and on Wednesday she’ll have a chat with her dead mom Darla’s ghost again.

According to B&B spoilers for the week of July 14th, Ridge will begin to get his memory back and reveals that he doesn’t think that his impromptu swim in the Persian Gulf was an accident. Bill and Justin begin sweating and concerned their actions in Abu Dhabi are about to be exposed. Bill will begin rushing to get Brooke down the aisle before she learns the truth, and Justin will turn to Alison for help.

Bold and the Beautiful fans can also expect to see Ivy Forrester accepting a job at Forrester Creations, and Wyatt returning to work at the company to show her the ropes to the jewelry design department. So B&B fans, what do you think of Oliver and Aly’s potential break-up? Do you think he really cares for her now, or is he still using her? And, what do you think will happen to Bill and Justin when Ridge remembers that Justin was flying the helicopter that dumped him in to the ocean? Let us know what you think in the comments below and don’t forget to check CDL tomorrow for more Bold and the Beautiful spoilers.