The Bold And The Beautiful Spoilers: Wyatt’s New Love Interest is Ivy Forrester – Forgets Hope and Reconciles With Liam 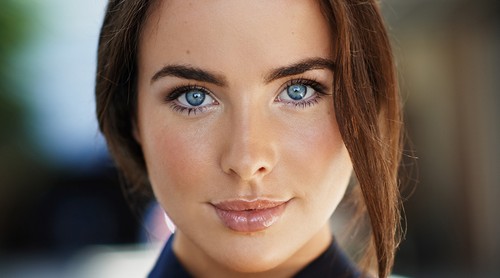 The Bold and the Beautiful fans have been watching the love triangle between Liam, Hope, and Wyatt for months now on the popular CBS soap opera. As of a few weeks ago Hope flip-flopped and dumped Wyatt for his brother Liam, and since then, Wyatt has been trying desperately to win Hope back. And his mother Quinn has been on a mission to reunite her son with Hope. However, according to Bold and the Beautiful spoilers, the infamous Liam-Hope-Wyatt love triangle will finally come to a close.

Bold and the Beautiful spoilers for the month of July tease that after a near-death experience, half-brothers Liam and Wyatt finally bury the hatchet, and Wyatt vows to leave Hope alone and move on with his life. Multiple B&B spoilers have emerged throughout the past claiming that the Liam-Hope-Wyatt love triangle was coming to a close, and it looks like this time is the real deal.

It’s actually perfect timing because Bold and the Beautiful newbie Ivy Forrester is arriving during the month of July and, according to spoilers, she may be hooking up with Wyatt. In a recent interview, the Aussie actress who landed the part of Ivy revealed that she had to shoot scenes with Wyatt to determine whether or not they had any chemistry before she landed the part, which obviously fueled rumors that Ivy and Wyatt will be hooking up in the near future. B&B spoilers also teased that Ivy Forrester is a jewelry designer, so she and Wyatt could be working together as well.

What do you think the near-death experience is that happens on Bold and the Beautiful? Are you excited to see a Wyatt and Liam bromance this summer? And, how ironic would it be if, after Wyatt moves on, Steffy Forrester arrives and breaks Liam and Hope up anyways? Let us know what you think in the comment section below and don’t forget to check CDL for all of your Bold and the Beautiful spoilers.

Here is what Soap Opera Spy fans have to say about this move:

The SECOND Wyatt moves on with someone else, Hope will find him Irresistible again UGH…she’s just like her mother…”Everyone MUST Love Only ME”

I would crack up if the last paragraph happened and as Wyatt has moved on with Ivy Steffy comes back and breaks up Liam and Hope and Hope is all alone…..

I’m sick to death of the whole Liam/Hope story. They will NEVER live happily ever after, it doesn’t happen in the soap world. They just need to move on and focus on the other characters of the show !!

I would like to see Ivy with Wyatt. I think they would be good together. Not sure if Quinn will accept it….right now she acts like SHE wants Hope.

Wyatt had better inform his mother about that, before she kills Liam!

Well it is interesting to imagine how Quinn will handle this shift in her plans for her favorite son. What do you think about the introduction of a new love interest for Wyatt?