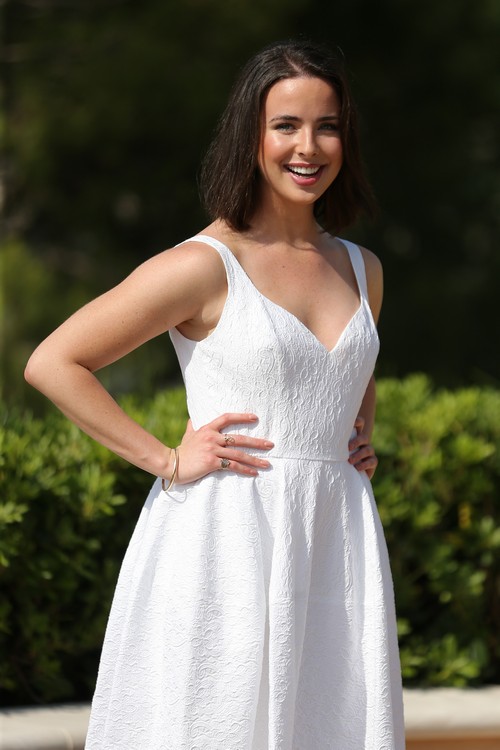 Bold and the Beautiful fans were intrigued this month when it was announced that TPTB had cast a new member of the Forrester Family, Ivy Forrester. The part of Ivy will be played by Australian actress and Neighbours alum Ashleigh Brewer. Brewer’s character is described as Eric Forrester’s niece and a “worldly jewelry designer.” Other than that, details regarding Ivy Forrester have been few and far between.

In the June 23rd edition of Soap Opera Digest, Ashleigh Brewer discussed her new character, and dropped a huge clue about upcoming story lines. Apparently, whether or not Ashleigh landed the job was based on her potential chemistry with Wyatt Fuller. Brewer told the magazine, “Well, we finally had a meeting and it just went from there. I had a chemistry read with Darin Brooks [Wyatt] in the first meeting. The reading went very well and before I knew it they were creating a character with me.” Translation? It looks like the producers were on the look-out for a new love interest for Wyatt — and Ashleigh passed the test!

So, it looks like Bold and the Beautiful fans may have finally gotten their wish: The never-ending Wyatt-Hope-Liam love triangle might finally be coming to an end. Maybe Hope will stick with Liam for a while and Wyatt will move on with Ivy Forrester! Then again, it’s a soap opera, so once Hope sees Wyatt with another woman she may decide that she made a huge mistake and dump Liam and try to steal Wyatt back from Ivy.

What do you think about Wyatt Fuller’s possible new love interest? Are you happy that he is moving on with a new character, or do you think that he should be with Hope right now? Let us know what you think about the new couple in the comments section below and don’t forget to check CDL for all of your Bold and the Beautiful spoilers.

photocall for the TV Show ‘ The Bold and the Beautiful’ as part of the 54th Monte-Carlo Television Festival on June 8, 2014 in Monte-Carlo, Monaco.