The Bold and the Beautiful Spoilers Week of June 2: Ridge Helicopter Fall Disaster – Quinn Controls Everything

BY Amanda Austin on May 31, 2014 | Comments: 41 comments
Related : Soap Opera, Spoiler, Television, The Bold and the Beautiful 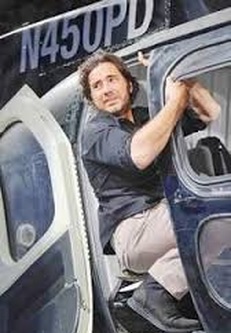 The Bold and The Beautiful has been pretty uneventful over the course of the last few weeks, but according to B&B spoilers for the week of June 2 that is all about to change. While Brooke Logan and Bill Spencer prepare to say their “I Do’s” in Dubai, Ridge is en route to stop the wedding. Thorsten Kaye already teased weeks ago in an interview with TV Guide that when he arrives in Dubai there is an altercation and Ridge winds up falling out of the helicopter and disappearing into the Persian Gulf.

When Katie and Eric Forrester learn about what happened in Dubai to Ridge they hop on a plane and race to the Middle East. But, first Katie blames Quinn Fuller for Ridge’s accident. If Quinn had just minded her own business and hadn’t sent Ridge the photo of her and Bill in bed, he never would have jetted off to the Middle East to stop the wedding.

Once Eric and Katie leave for the Middle East, Quinn is far from being in the clear. She must then deal with the wrath of Hope and Liam, who are just as furious with her as Katie was. Liam and Wyatt actually wind up in a brawl over what his mother did, and the effects it has had on the Forrester Family.

The Forrester Family is Quinn Fuller’s life-line, and paycheck. Her latest scheme could cost her and Wyatt everything. Not only will they most likely lose their positions at Forrester Creations, but Wyatt will also probably lost his chance to be with Hope.

What do you think Bold And The Beautiful fans? Ridge will most likely be okay, there hasn’t been any reports of the character leaving the soap opera anytime soon, but do you think Quinn is getting a raw deal by being blamed for Ridge’s accident? Sure, she sent him the picture. But, Ridge is a grown man, he chose to fly to the Middle East. Let us know what you think in the comment section below, and don’t forget to check CDL tomorrow for more Bold And The Beautiful spoilers.