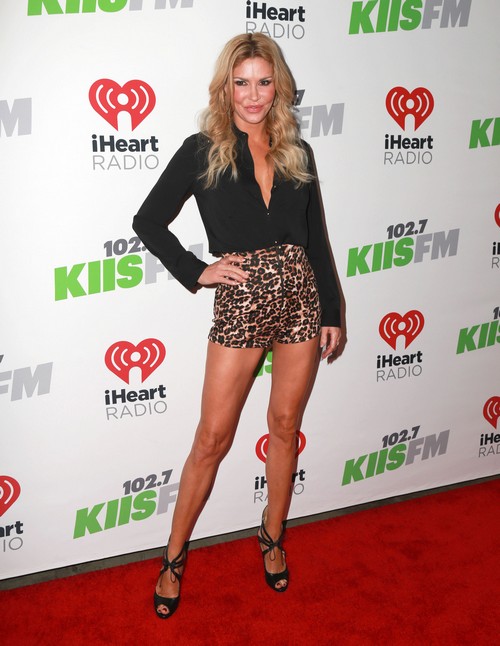 The Celebrity Apprentice’s Final Four reportedly consists of Brandi Glanville, Vivica Fox, Leeza Gibbons, and Ian Ziering. In other words, Kate Gosselin tried and famewhored her way into getting close, but she couldn’t pull off a final four slot if her life depended on it. Honestly, Brandi’s presence is a little surprising as well, but she has the backing and fan base behind The Real Housewives of Beverly Hills. Kate Gosselin has the dwindling regime of bored mothers who used to watch Jon and Kate Plus 8 back in the day, when Kate Gosselin was actually a brand name and not a washed up housewife desperate to ride her family’s coattails to riches, fame, and glory.

Naughty But Nice Rob’s sources reveal, “The sore looser is Kenya Moore. She is telling everyone she got fired unfairly and everyone else cheated. Kate Gosselin is also NOT happy that she got hired and didn’t make it to the last two.”

Boo freaking hoo. Kate Gosselin needs to learn that her ‘talent’ lies in famewhoring, not in becoming The Celebrity Apprentice 2015. Honestly, she would probably be better off going back to pimping out her kids and trying to write cookbooks [I’m kidding, she would be better off doing nothing]. Her desperate attempts at rejuvenating her career – especially through The Celebrity Apprentice – were sadly lacking, and it showed. Plus, a feud between Brandi Glanville and Kate Gosselin would have been a trainwreck to watch, even if it was entertaining.

What do you guys think about Brandi landing the Final Four spot, but Kate missing out? Let us know your thoughts in the comments below.