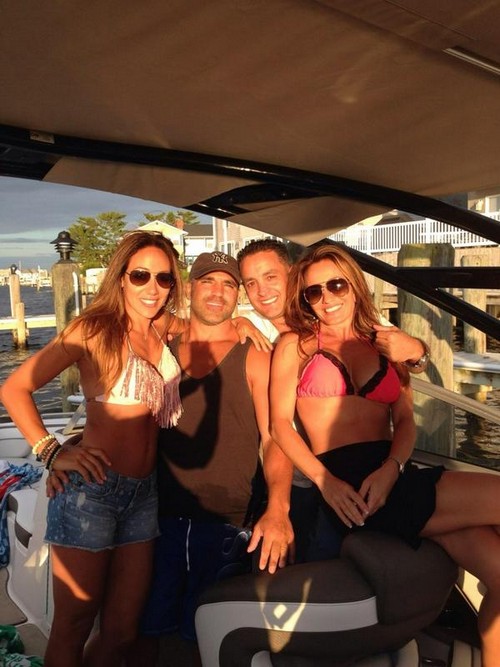 Fans of The Real Housewives of New Jersey (I’m sure there are still a couple of you out there) already saw a whole bunch of drama unfold between newcomers Amber Marchese and Nicole Napolitano. Amber let it drop that Nicole had dated a married man and broke up his family and when Melissa Gorga made sure that the story traveled back to Nicole the battle was on. There was a smack down at a planned party and a clump of Amber’s weave was on the floor.

Nicole insisted that she never in a million years would stoop so low as to bust up a family but the truth is, she kinda did, at least temporarily. According to the Sept. 1st print edition of OK Magazine the truth is that Nicole did indeed date a married man- for two years! In fact he moved to be in closer proximity to her but eventually things soured and the guy went running back to his wife. So Nicole certainly was in the way of a marriage and busted up the family for a few years!

Sources say that because the guy left his wife she thought of him as completely single and refuses to be considered a home-wrecker of any kind. The whole situation was also common knowledge for all of the ladies on The Real Housewives of New Jersey so why it turned into a deep, dark secret for Bravo’s cameras is pretty silly. Given the details do you think Nicole Napolitano is a home wrecker? Tell us your thoughts in the comments below!