The Walking Dead Spoilers Season 5 – What’s Up With Father Gabriel? 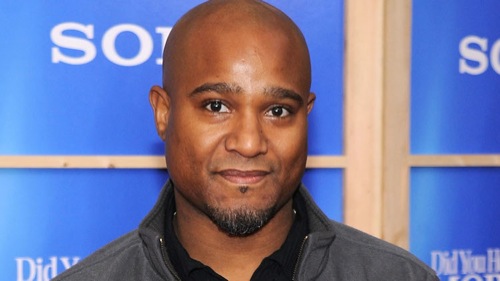 The Walking Dead season 5 episode 3 spoilers promise a brutally hot time for our heroes as they struggle to survive against zombies and cannibals. In the latest episode of The Walking Dead season 5, “Strangers,” we meet a new character: Father Gabriel. Rick and company rescue him from walkers that have him trapped on a large rock. He is a very strange acting fellow and Rick immediately doesn’t trust him.

As Rick asks the obligatory questions of the priest, (how many walkers have you killed, how many people have you killed), we are all wondering if Father Gabriel is someone to be afraid of.

We learn little about the man during this latest episode, but we start to piece together that Father Gabriel is definitely hiding something and seems nervous around our group of survivors. He leads them to a church, but not before he puts them on edge by quipping that he might be lying about there being a church and that he could simply be leading them into a trap to steal their squirrels. This humor is not well received by Rick and the group.

Gabriel shows the group his church and then tells them of a building in the nearby town that has food, but is also overrun by walkers. Rick forces Gabriel to accompany them to the location, which turns out to be a food pantry slash thrift store.

Unfortunately, the food is all stored in the basement and over the course of the apocalypse, the roof of the building developed a huge hole that allowed large amounts of rain into the building. The floor eventually fell in and the basement flooded. The basement is now full of splashing and disgusting walkers and as Bob quips, it smells like “a sewer threw up.”

Father Gabriel shows even more strangeness in the basement (Rick makes him go down with the rest of them) as he panics when a walker sporting a pair of eyeglasses approaches. We can all see that Gabriel is horrified at the sight of this particular walker, but we are uncertain as to why.

Later, we are shown a snapshot of Gabriel with a woman wearing a large pair of glasses — we assume she is the walker that freaked him out. We can only guess at the story there, but it’s certain we will learn more in upcoming episodes and spoilers of The Walking Dead.

Later on, Carl shows Rick some unusual things he discovered at the church. He finds scratches on a window that look like knife scratches and a message scratched into the siding on the church. It says “You’ll burn for this.”

What does it mean? Does the message have anything to do with why Father Gabriel acts so strange? Gabriel explains that he holed up in the church and had a large supply of food due to the church’s canned good drive. Fans who already know the storyline of the graphic novel know Gabriel’s story — and it isn’t pretty. Gabriel saved himself while leaving others locked out of the church to meet whatever fate met them first.

What will future The Walking Dead Season spoilers tell us about Father Gabriel? Can Gabriel be trusted? Will he betray the group? We can only watch and see in future episodes. Perhaps Gabriel will have a chance to redeem himself. Let’s hope so. Tune in Sunday October 26 at 9/10c for our LIVE recap of the Walking Dead!