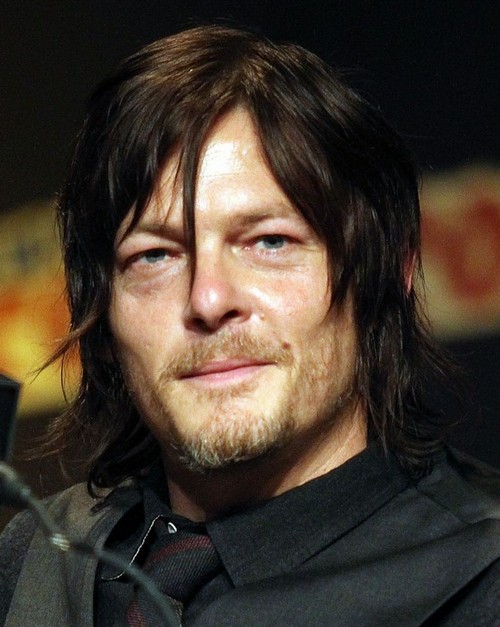 The Walking Dead season 5 has it all, impeccable ratings, zombies, a stellar cast, and a legion of devoted die-hard fans. But, the writers seem to think it is missing one thing, a hot and steamy gay romance. A few lesbians have come and gone throughout the series, but over all the gay community seems to have been depleted by the zombie apocalypse. And, you will never guess which character the writers want to make gay!

According to the November 3rd edition of GLOBE Magazine, “Producers of the run-away hit zombie show want to make heart-throb Norman Reedus’s character gay – but the actor has been begging them not to do it. Insiders say he fears the same-sex shocker would hurt ratings by disappointing his legions of female fans.” GLOBE’s inside source explains, “Norman isn’t anti-gay in his personal life, but he’s become one of the biggest male sex symbols in television. He gets thousands of fan letters from women each week – along with dozens of marriage proposals.”

Walking Dead fans can breathe a sigh of relief (or not as the case may be)… for now, apparently writers have agreed with Norman and shelved the gay storyline for the time being. Can you even imagine an episode of The Walking Dead season 5 with a love scene between Daryl Dixon and another man? If the writers are certain they need a gay male character, then their best bet is to introduce a new character as a gay man. After five seasons, fans know Daryl, and know how far-fetched it is to have him come out of the closet now.

What do you think Walking Dead fans? Do you think Daryl would pass as a gay man? Would it help or hurt ratings? If Daryl were gay, which other guy do you think the writers would pair him up with? Let us know what you think in the comment section below!