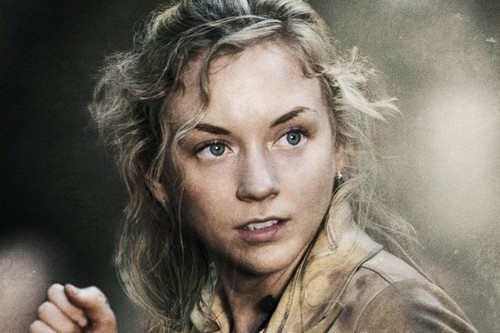 The Walking Dead Season spoilers for Season 5 Episode 3 “Four Walls and a Roof” have asked the ‘who will die next’ question and a plurality of spoilers answer that Bob is next member of the group to die. Another riveting issue is where is Beth? In this TWD spoilers article we analyze both these questions and few more.

The first two episodes of The Walking Dead have thrown some surprises our way. Episode two, “Strangers,” left us with a couple of cliffhangers, sort of. Where is the show going now?

At the end of “Strangers,” Rick agreed to accompany Abraham on his mission to get Eugene safely to Washington D.C. Eugene supposedly has a cure for the apocalypse, but we really don’t know what the cure is. Little has been said about the cause or the cure, and of course we’re curious.

It’s hard to really care about “the big picture” right now, though, when walkers are attacking and people are just plain crazy. The plans to escort Eugene to Washington, though, may be delayed or derailed completely by the events that unraveled at the end of “Strangers.”

Okay, so we all cringed and felt a little nauseated when we saw Bob’s fate. Poor Bob was being served up as a tasty treat for those psycho Termians. We can only assume that we have seen the last of Bob alive, since no one in the survivor group realized he had been bushwhacked.

Sure, Sasha is going to notice soon enough, but will the group have any clue about the horrible fate that Bob met? We shall have to wait to find out.

One thing is certain, though, Rick’s wrath will not be pretty for those Termian hunters. Don’t we all want to see them get their just desserts? Poor choice of words perhaps, but you get the idea.

How many of us are wondering if Bob was bitten by a walker before he was rounded up by the hunters? He was attacked by a water walker in the basement of the thrift store, and his behavior afterwards was a little odd. Why did he go outside the church and why was he sobbing? Hmmm, that points to some despair and perhaps he was grieving because he had indeed been bitten or scratched. Did he leave the church with intent to do himself in before he turned and endangered the others?

So, that brings up another question: If Bob was bitten, what happens to someone who eats his flesh? That’s an interesting scenario, but we will have to wait and see if we get any answers in the next episode.

At the end of “Strangers,” Daryl spied a speeding vehicle with a cross on it. The same vehicle that sped away with Beth. We assume that Daryl and Carol give chase, but we won’t know for certain until the next episode. Where has Beth been all this time and who the heck is driving that car?

Will we find out in Episode 3, “For Walls and a Roof,” what happened to Beth and Bob? It is certain that the next episode will touch on their fates in some way. Whether the issues with Beth’s kidnapping or the cannibal stalkers are resolved or not, well, that remains to be seen. Come back at 9/10c for our amazing live recap! If you missed last week’s episode 2 check it out here.