The Walking Dead Season 5 Spoilers: Is Bob Eaten and Killed – Was “Strangers” the Most Disturbing Episode Yet? 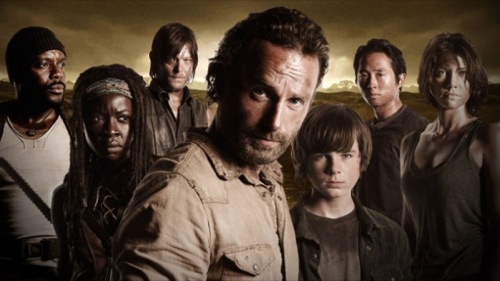 The Walking Dead Season 5 spoilers discuss who will die next on the show but some mention of episode 2 and where that will lead is required. The latest episode of The Walking Dead Season 5, “Strangers,” introduced us to a new character, Father Gabriel, but it also brought a seriously disturbing scene. A few survivors from Terminus have been tracking our group with revenge — and supper — in mind. Terminus is far from a story that is finished.

What happened to Bob?

In one scene, our group is attempting to scavenge food from a food pantry, but there’s a problem: The food is located in the basement of the food pantry and somewhere along the way, the roof developed a large hole that allowed large amounts of water to leak and create a hole in the floor — flooding the basement.

The group makes a plan to get into the flooded basement, hold off the walkers, and retrieve the food. It all works until a couple of hitches occur. Father Gabriel panics upon seeing a walker that is outfitted with eyeglasses and the group has to rescue him. In the course of that rescue, Bob is grabbed by a zombie hanging out underwater and he almost doesn’t make it before Sasha is able to save him.

What happens next is uncertain.

Later, as the group is celebrating the large supply of food rescued from the water walkers, Bob is acting strange. Was he bitten or scratched by the underwater surprise walker? We don’t really know, but it’s a safe assumption given that he separates himself from the group and sobs next to a tree.

While Bob is sobbing, we are surprised by an unseen attack against him. He awakens to find Gareth — yes that Terminus psycho cannibal — leering at him. Gareth and a few others Termians survived and have been tracking our group. We all feel the dread as we know this can’t be good.

Gareth explains that he and his group are hunters and that it’s nothing personal. As the camera pulls away, we see with horror that Bob is missing the lower part of one leg. Then the realization sinks in that Gareth and company are chowing down on something — and it’s Bob.

Was this the most disturbing thing portrayed in four plus seasons of The Walking Dead? For many of us, we can say that’s affirmative. We have seen some pretty disgusting walkers, watched some very twisted people meet their doom (The Governor comes to mind), and seeing the Termians slaughter people for later consumption was pretty bad. Seeing Bob realize that he is being eaten bit by bit by humans, though, is a nightmare that just sticks with you.

As Father Gabriel said earlier in the episode, there is more to fear from the living than the dead in this apocalyptic world, and it is oh so true. Tune in to CDL again Tomorrow for another fun The Walking Dead Season 5 spoilers post!